Chevron representatives in recent months held at least one high-level meeting with U.S. diplomats along with Venezuelan opposition envoys, according to two of the people. They described it as a milestone in the company’s year-long lobbying efforts to win a change in its license to operate in Venezuela.

No decision was reached, said two sources in Washington who declined to be identified, and a timetable for further review remains unclear.

Chevron wants Washington to reinstate trading privileges it enjoyed for a time under former President Donald Trump’s administration. The company and other foreign producers were permitted to take and export Venezuelan oil to recoup dividends and debt from joint ventures with state-run oil company PDVSA.

That arrangement which until mid-2020 allowed Chevron to trade 1 million to 2 million barrels per month of Venezuelan crude, was suspended under Trump’s “maximum pressure” campaign.

The strategy took a big toll on Venezuela’s oil shipments, but has recently fallen short of blocking oil revenue from getting to Venezuela President Nicolas Maduro, allowing an export bounce.

“The Biden administration has more and more incentives to ease sanctions on Venezuela after Trump’s failed strategy,” said one of the people familiar with the meetings. “One of the most important ones is to bring something to the negotiation table” with Maduro, one of the sources said.

Venezuela owes hundreds of millions of dollars to Chevron, the last U.S. oil major with staff in the country, from its joint ventures.

“It is a regular practice to meet with U.S. government officials to provide perspectives on energy issues important to the company,” Chevron spokesman Ray Fohr said in response to questions about the company’s lobbying.

Chevron is “committed to the safety and wellbeing of our employees and their families, the integrity of our joint venture assets, and the company’s social and humanitarian programs,” he added.

The U.S. Treasury Department declined to comment on the issue. A U.S. State Department spokesperson said the government “does not preview sanctions actions.” Sanctions, the official said, “deny the Maduro regime revenue streams that finance repression and line the pockets of regime officials, as well as protect the U.S. financial system from exposure to corrupt and illicit financial flows.”

Venezuela’s oil ministry and PDVSA did not reply to requests for comment.

Allowing some oil cargoes to move under U.S. sanctions could signal flexibility toward Venezuela. Loosening restrictions to benefit a top oil company, which could boost U.S. jobs, is less likely to face a Republican backlash, one of the people said.

The Biden administration also has been looking for ways to encourage Maduro to return to talks with the Venezuelan opposition that would not offer major concessions that his government would profit from.

Venezuelan opposition leader Juan Guaido, who has repeatedly called for restarting political negotiations with Maduro after they were suspended in October, last month said a U.S. offer to loosen sanctions if talks resume “is not indefinite” and could be reversed.

A new arrangement for Chevron also could improve ties with India, whose refiners in the past were among the top receivers of Venezuelan oil, supplied by U.S-authorized firms.

But, ahead of November midterm elections that could determine whether Biden’s Democrats retain control of the U.S. Congress, some advisers are wary of moves that could be seen as undercutting tough Venezuela sanctions, especially in Florida, home to a large Cuban-American and Venezuelan exile population.

Other aides have said they are reluctant to ease major punitive measures unless Maduro first takes concrete steps toward democratic elections.

NO OIL FOR FUEL

If the United States chooses not to change Chevron’s license terms, it could still grant an exemption to the U.S. Treasury’s Office of Foreign Assets Control (OFAC) restrictions to permit certain oil exports, the people said.

Most Venezuela-related trades permitted by the United States since 2019 have been through oil-for-fuel swaps that ensured Venezuelan crude could not be resold, and no cash payment would get to Maduro’s government or PDVSA.

Some Biden officials have adamantly opposed those swaps or other deals that could benefit PDVSA by supplying it with needed fuels and diluents that help it ramp up oil exports.

Besides Chevron, European and Asian oil companies with presence in Venezuela have also pressed Washington to trade Venezuelan oil, according to sources.

“If Chevron’s license is revamped, that will generate a cascade effect on other companies’ lobbying,” one of the people said. 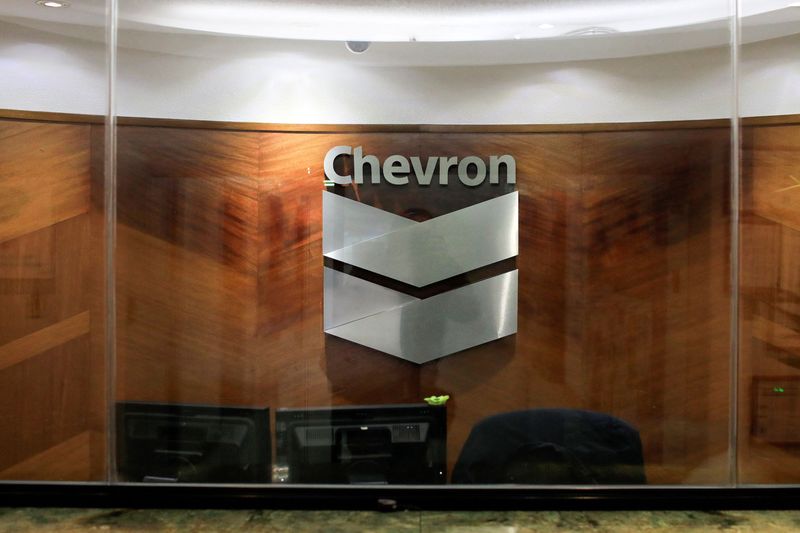