MANILA -As frontrunner in the Philippines’ presidential race, the son of late dictator Ferdinand Marcos appears poised to complete a remarkable rebranding of the family name 36 years after a “people power” uprising ended his father’s autocratic rule.

With official campaigning beginning on Tuesday, Ferdinand Marcos Jr., 64, holds a double-digit lead in the polls, three months ahead of the May 9 elections.

His push for the presidency has been aided by what political analysts say has been a decades-long public relations effort to alter public perception of his family and supporters. Critics accuse the Marcoses of attempting to rewrite history.

“What we are witnessing right now is nothing short of a counter-revolution,” said Richard Heydarian, an author and academic who specialises in politics.

“The Marcoses are here to erase the 1986 (people power) revolution, and to restore the glory and fully rehabilitate the image of the Marcos regime.”

Since the family’s return from exile in the 1990s, Marcos has served as governor and congressman of the northern Ilocos Norte province, his father’s bailiwick, before winning a seat in the Senate in 2010.

His sister is a senator and a former governor and former congresswoman, and his mother, Imelda, who ran unsuccessfully for president in 1992, was elected to Congress for four terms.

The return of a Marcos to Malacanang, the presidential palace, is unthinkable for millions of Filipinos, but over half the country’s more than 60 million voters are 40 or under, and did not live through the Marcos regime and its oppression and plunder.

Ferdinand Marcos Sr., with Imelda by his side, was president for nearly two decades, ruling as a dictator before he was ousted in the “people power” uprising in 1986 that has become renowned around the world.

Marcos Sr. and Imelda, known for her vast collection of artwork, jewellery and shoes, were accused of amassing more than $10 billion while he was in office.

More than 11,100 victims of human rights abuses during the Marcos regime were paid compensation using millions from Marcos Swiss bank accounts, part of the family’s ill-gotten wealth recovered by the government.

Among them was Loretta Ann Rosales, a political activist who was tortured and sexually abused during the Marcos regime and is now one of several complainants seeking to bar Marcos Jr. from the presidential race.

“We thought we had gotten rid of the Marcoses,” said Rosales, who is also a former chairperson of the human rights commission. “I want him disqualified.”

Marcos Jr. has questioned the Amnesty data and rejected long-standing narratives of oppression and failed government in his father’s rule. He and his family have shunned questions about past atrocities and instead touted what their supporters claim as a ‘golden age’.

The younger Marcos, also known as Bongbong, did not comment for this story. He has in the past spoken highly of his father, calling him his “idol”, while expressing admiration for his “style of work”, his qualities as a strong leader, and his “love for the Filipino” people, traits he said he has inherited.

“He had a very clear understanding of what needed to be done and how to do it, and that I think was his best quality as a leader,” Bongbong Marcos said in a YouTube interview last year. “The problem we have now is we lack leadership.”

The YouTube interview titled ‘The Greatest Lesson Bongbong Marcos Learned From His Father’ has been viewed 13 million times since it aired in September.

“He is doing very well because we have this pandemic of disinformation,” said Victor Manhit, an analyst with the Stratbase think tank. “He has been dominating political discourse in social media.”

Fact-checking organisation Vera Files said in a December report that Marcos was the “top beneficiary” of disinformation online to spruce up his image while discrediting rivals ahead of the start of the official campaign period.

“Because you are surrounded on social media by the same account saying the same things about Marcos (Sr.) being a good leader – benevolent, revolutionary, all those narratives – even if it sounds bananas and not grounded on facts, you are more likely to believe it is true,” said Marie Fatima Gaw, communications research professor at the University of the Philippines.

Marcos has said he does not engage in negative campaigning.

He lost the 2016 vice presidential race to human rights lawyer Leni Robredo, who is also contesting the presidency, along with boxing superstar Manny Pacquiao, Manila Mayor Francisco Domagoso, and senator Panfilo Lacson, among others.

For Raphie Respicio, 48, a tricycle driver and tour guide in the Marcos family bastion in Ilocos Norte, no amount of criticism against Marcos will weaken his support for the former senator.

“He has done plenty of things here … and he helped tricycle drivers earn a living through tourism,” Respicio said. “We are 100% for Bongbong.” 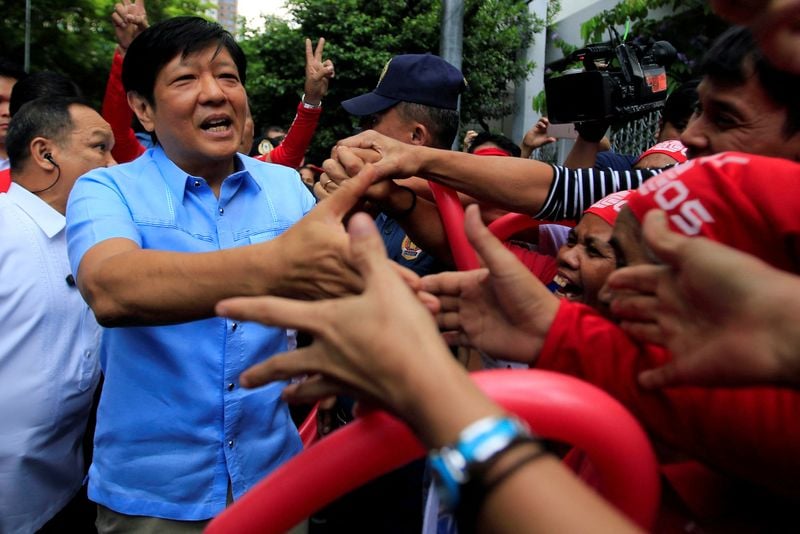 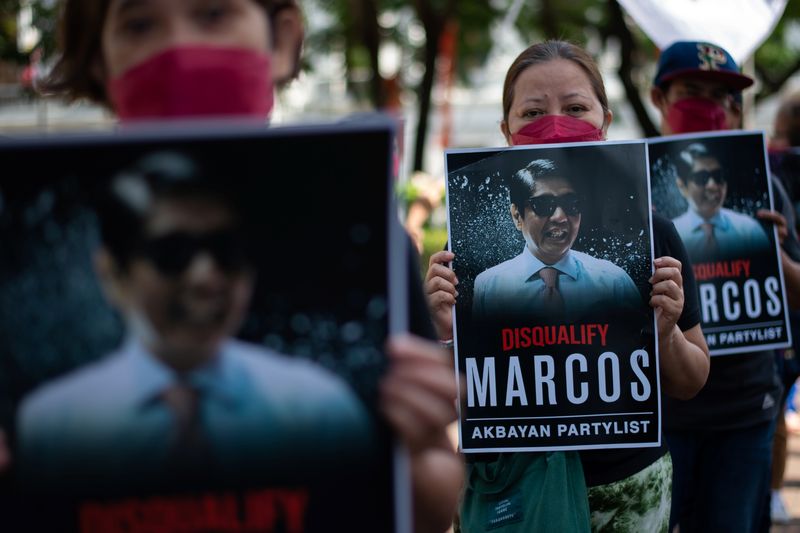