LONDON – British consumers slowed the pace of their spending last month as the Omicron COVID-19 wave hit fuel sales and kept people away from bars and restaurants, according to a survey which also pointed to the impact of rising inflation.

Consumer spending was 7.4% higher than in January 2020 – before the pandemic – the weakest increase since April last year, payments provider Barclaycard said.

It said nine in 10 people it surveyed felt their household finances and discretionary spending were being impacted by the recent jump in prices.

Britain’s inflation rate hit a 30-year high of 5.4% in December and looks set to top 7% in April, according to the Bank of England which last week raised interest rates for the second time in two months and said further increases were likely.

Jose Carvalho, head of consumer products at Barclaycard, said there were some signs of relief for the hospitality industry with people saying they planned to spend more on eating and drinking out in the months ahead.

“The lifting of Plan B restrictions should also provide a welcome boost to many sectors, as workers travel back into the office and socialise over post-work drinks, while businesses will likely start to see the benefits of increased inbound tourism on retail sales too,” he said.

Advice to work from home, along with rules on mask-wearing and vaccine passes, were lifted in England on Jan. 26, six weeks after they were introduced.

A separate survey published on Tuesday suggested a brighter picture for retailers – a narrower measure of consumer spending.

Sales increased by 11.9% in January compared with the same month last year, the biggest increase since May last year, the British Retail Consortium said.

Many non-essential retailers were closed in January 2021 – although this year’s figure was still 7.5% higher than in January 2020 – and some of the increase in the sales figures was due to the jump in inflation, BRC said.

“We could see a challenging few months ahead if wider macroeconomic conditions start to squeeze household incomes to the point that they start cutting back on retail spending,” Martin said. 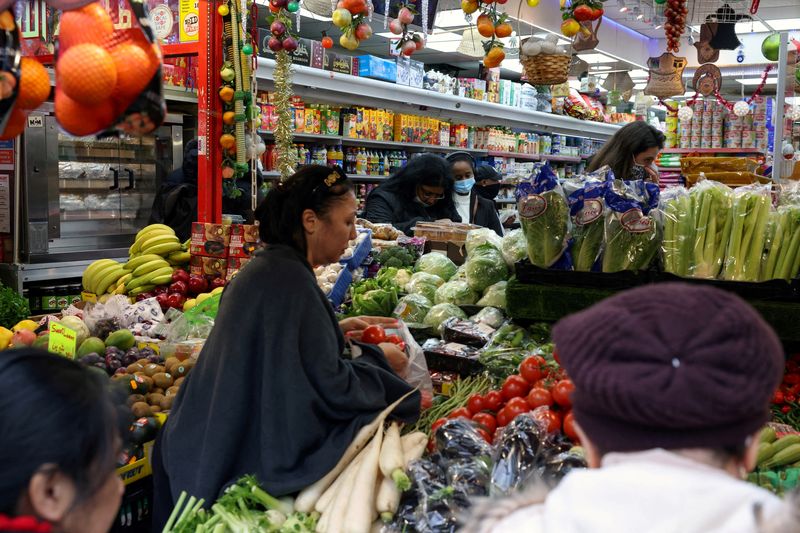