WASHINGTON -The Biden administration is considering a new China tariff probe if talks fail to persuade Beijing to follow through on promised purchases of U.S. goods, energy and services, officials from the largest U.S. business lobbying group said on Wednesday.

The administration is also considering other options, including working more closely with U.S. allies to present a united front to China in demanding a level playing field for international firms, Myron Brilliant, the U.S. Chamber of Commerce’s head of international affairs, told reporters.

China met less than 60% of its purchasing goal, failing to make good on its promise to increase U.S. purchases by $200 billion above 2017 levels during 2020 and 2021 – a two-year period disrupted by the COVID-19 pandemic and supply chain bottlenecks.

Asked about the “Phase 1” deal on Thursday, China’s commerce ministry spokesman Gao Feng said the United States should cancel tariffs on China in order to create a favorable environment for trade cooperation.

Brilliant said the Chamber supports the Biden administration’s talks with Chinese officials to hold them to the Phase 1 commitments.

“But should those talks not succeed in meeting the terms of the agreement, then I do think there are vehicles by which the administration can consider taking further action,” Brilliant said.

“The administration is considering a range of options, and we’re not endorsing any of these options at this time, that could include obviously a 301 action and issues like that.”

The Trump administration used Section 301 of the Trade Act of 1974, a statute aimed at combating trade partners’ unfair practices, to launch tariffs on hundreds of billions of dollars in Chinese imports in 2018 and 2019.

A new Section 301 probe could take a year before any new tariffs or other trade actions are recommended.

Brilliant said that based on his consultations with the administration, any actions would not involve tariffs in the short term.

“They recognize that the tariffs in place are putting pressure on American companies and therefore American workers, and they need to address that piece, despite the challenges presented by China’s lack of enforcement of the Phase 1 deal,”

John Murphy, who directs trade policy advocacy for the Chamber, said that pressure was mounting from industry for a more robust tariff exclusion process for Chinese goods than the limited version https://www.reuters.com/business/us-lawmakers-urge-ustr-expand-tariff-exclusions-chinese-goods-2022-01-20 proposed by USTR.

A spokesperson for the U.S. Trade Representative’s office could not immediately be reached for comment. In announcing her China trade strategy https://www.reuters.com/business/bidens-new-china-trade-plan-echoes-trumps-assumes-beijing-wont-change-2021-10-04 last October, top U.S. trade negotiator Katherine Tai did not rule out new tariff action.

Brilliant said that any actions that the Biden administration takes should be done in consultation with the business community and with U.S. allies.

“Any action against China that isn’t done in a multilateral way, isn’t worked out with Europe and with our friends in Asia, will not be as productive,” he said.

(Reporting by David Lawder;Editing by Marguerita Choy and Stephen Coates) 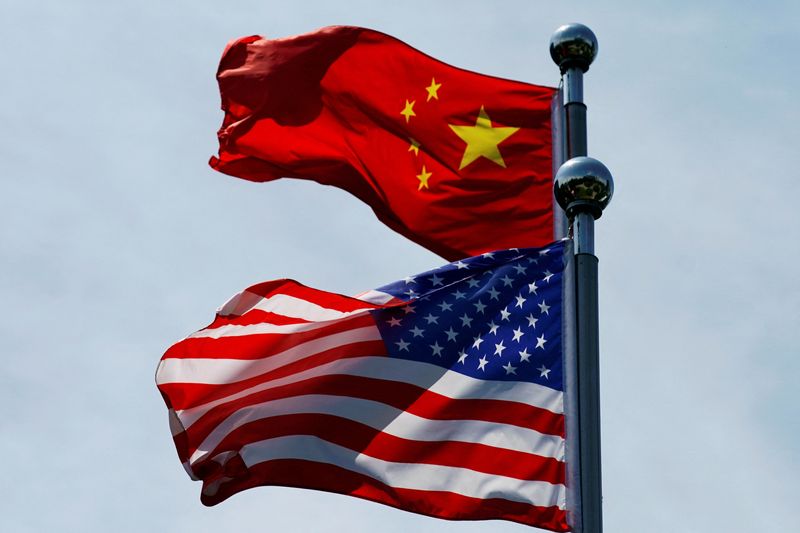