NEW DELHI – India’s Reliance Industries Ltd plans to produce blue hydrogen at a “competitive cost” of about $1.2-$1.5 per kg as it repurposes its $4-billion gasification assets, the conglomerate said in a presentation.

Owned by billionaire Mukesh Ambani, Reliance has in the past year unveiled plans to reduce its dependence on its mainstay oil-to-chemicals business and invested in clean energy projects to burnish its green credentials.

Reliance will initially use syngas, produced by petcoke gasifies, to make blue hydrogen for it Jamnagar complex in western Gujarat state, until green hydrogen’s cost comes down, it said in the presentation released late on Friday.

Hydrogen produced from natural gas and which eliminates emissions by capturing and storing the emitted carbon is called blue hydrogen. Green Hydrogen is extracted from water using electrolysis powered by renewable energy.

“In the interim, till cost of green hydrogen comes down, RIL can be the first mover to establish a hydrogen ecosystem, with minimal incremental investment, in India,” it said.

The company operates the world’s biggest refining complex at Jamanagar.

“Subsequently, as hydrogen from syngas is replaced by green hydrogen, the entire syngas will be converted to chemicals.”


Ambani wants to produce green hydrogen at $1 per kg before the turn of this decade. 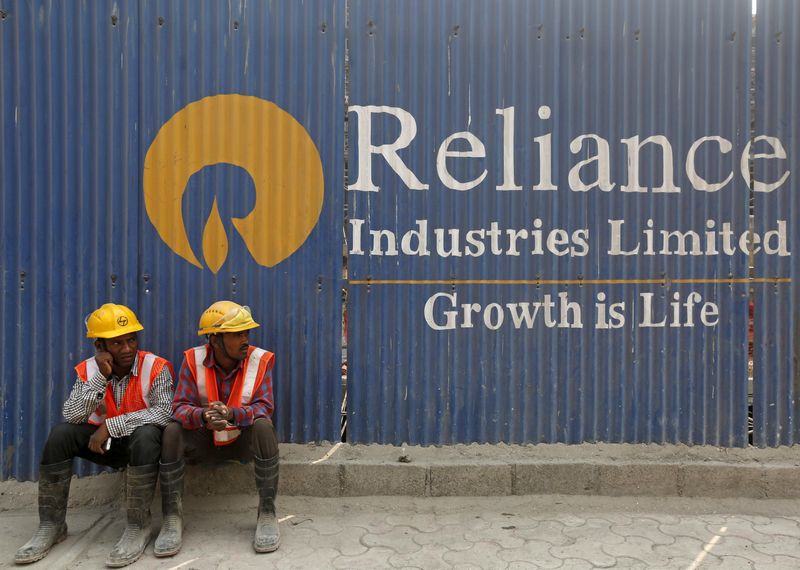