– The father of a teenager who was killed in Florida’s Parkland high school shooting marked the fourth anniversary of the massacre on Monday by climbing a construction crane near the White House and demanding the Biden administration take action on gun violence.

Gun-control advocate Manuel Oliver unfurled a sign that read “45K people died from gun violence on your watch” above a picture of his son Joaquin Oliver. The teenager was among 17 people killed in the 2018 shooting at Marjory Stoneman Douglas High School in Parkland, Florida, the deadliest high school shooting in the United States.

“The whole world will listen to Joaquin today. He has a very important message,” Oliver said in a video he posted on Twitter as he wore a helmet and safety gear from atop the 150-foot (46 m) crane as police officers watched below.

Oliver added that he has yet to get a meeting he had requested with President Joe Biden.

Biden said in a statement on Monday that his administration has working to reduce gun crime by curbing the number of untraceable guns, cracking down on gun dealers who violate the law and promoting safe firearm storage.

“As we remember those lost in Parkland, we also stand with Americans in every corner of our country who have lost loved ones to gun violence or had their lives forever altered by a shooting,” he said.

The accused shooter, Nikolas Cruz, was a former student who had been expelled from Parkland. He opened fire on Feb. 14, 2018, with an AR-15-style rifle inside the South Florida high school, killing 14 students and three staff members and injuring 17 others.

Cruz pleaded guilty in October to 17 counts of murder and 17 counts of attempted murder. A jury will decide if he faces the death penalty or spends the rest of his life in prison without parole during a sentencing trial starting in April.

Like many other Parkland parents and students, Oliver has become a vocal advocate against gun violence since the shooting, calling on federal lawmakers to address the issue. The 54-year-old artist has also traveled across the country, building “Walls of Demand” murals in honor of his son.

“As we mark this day of solemn remembrance, and every day, let us renew our commitment to ending the horrors of gun violence, restoring safety to our schools, workplaces and houses of worship,” U.S. House of Representatives Speaker Nancy Pelosi said in a statement.

(Reporting by Brendan O’Brien in Chicago; Editing by Matthew Lewis) 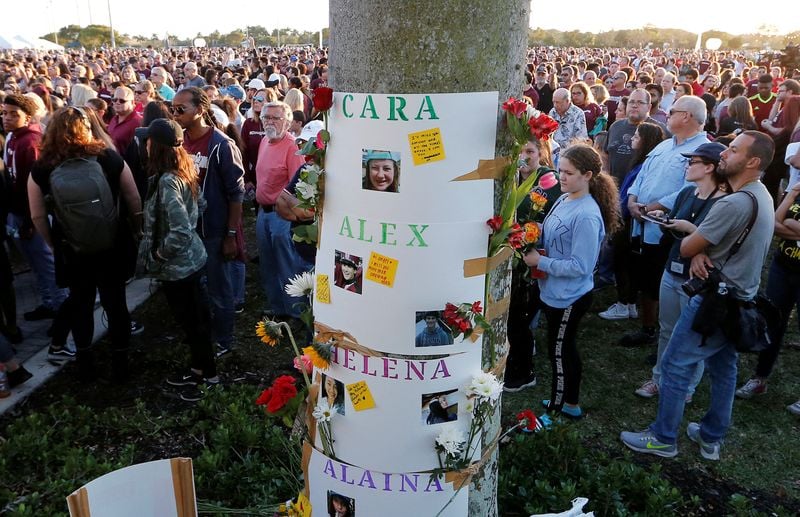