The oil and gas sector accounts for around 17% of Alberta’s GDP, and a rally in U.S. crude to seven-year highs above $90 a barrel is super-charging the royalties that producers pay to extract the province’s vast fossil fuel reserves.

Some analysts say the windfall, which could exceed the province’s previous oil royalties record of C$10.8 billion ($8.52 billion), will allow Alberta to balance its books and return to a surplus in the 2022-23 fiscal year. The government unveils its budget on Feb. 24.

Last year, Alberta slashed its 2021-22 deficit forecast from C$18.2 billion to C$5.8 billion and since then oil prices have rocketed even higher.

No other Canadian province is expecting a surplus in 2022-23, according to an RBC report released in November.

The expected bonanza is well-timed for United Conservative Party leader Kenney, who slumped in public opinion polls due to what critics describe as his mishandling of the COVID-19 pandemic. He faces a leadership review in April after members of his party called for his resignation.

“He is banking on positive economic news that will hold sway over all the other problems he is facing,” said Duane Bratt, a politics professor at Calgary’s Mount Royal University.

While a balanced budget may help burnish Kenney’s reputation, Alberta still faces economic headwinds. The province has the highest rates of long-term unemployment in Canada, according to a Business Council of Alberta report, and capital investment in the oil and gas sector remains more than 50% below a 2014 peak.


Bratt said he expects Kenney to survive the leadership review – which entails party members voting on whether to retain him as leader – but the premier may face a backlash in next year’s provincial election.

An Alberta government spokesperson said the province is still finalizing calculations on how exactly oil and gas royalty revenue will impact the budget.

The improved fiscal outlook has already helped improve borrowing costs. The gap between Alberta’s 10-year yield and the yield on the equivalent bond issued by Ontario, Canada’s most populous province, has narrowed from nearly 40 basis points in April 2020 to about 5 basis points.

The previous high point for Alberta royalty revenue was in 2005/06 when the government raked in C$10.8 billion. Since then a prolonged downturn in oil prices starting in 2014 has weighed on Alberta’s finances and prompted many international oil majors to cut their investments in the province.

Now, Alberta is benefiting from changes to the royalty rate formula made in 2017, which translate to higher rates as prices rise. Production from the oil sands are at a record high and a number of major projects have hit “post-payout” in the last year – the point at which a project’s cumulative revenue surpasses the initial investment – and switched to a higher royalty rate.

“We have never in Alberta’s history seen a change this quick or large (in the budget balance),” said Trevor Tombe, an economics professor at the University of Calgary.

“We may very well see royalty revenues higher than any point in Alberta’s history.” 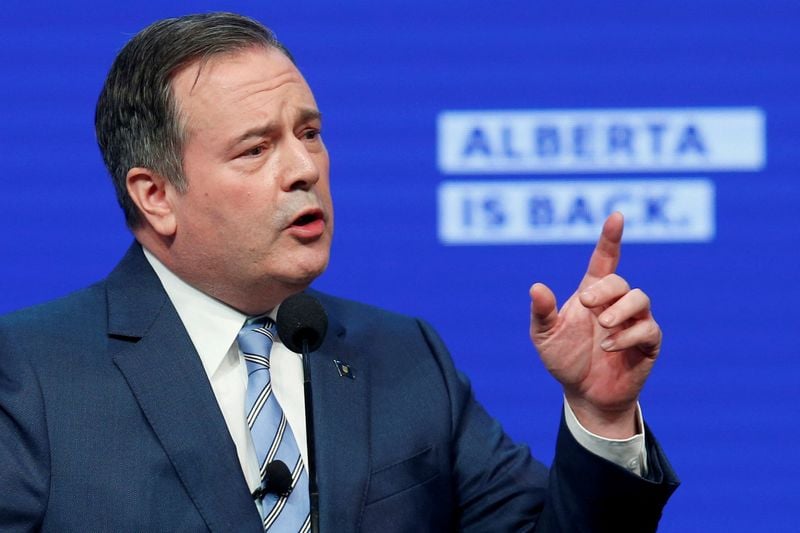