By Chen Lin and Jamie Freed

SINGAPORE – The global aircraft maintenance, repair and overhaul (MRO) sector faces fresh challenges from rising labour costs and a weak recovery in the widebody market as shop visits begin to rebound after a severe pandemic-related slump.

The MRO sector, worth an estimated $68.4 billion in 2021, according to consultancy Oliver Wyman, has been battered by retirements of older planes, which typically require more maintenance, and reduced flying hours for the rest of airlines’ fleets.

That has led to less wear and tear on parts and given airlines with grounded planes the ability to conserve cash and postpone shop visits.

Industry delegates at the Singapore Airshow said that the outlook was improving but that labour costs were rising. They said the recovery was lumpy and focused on specific areas where air travel was rebounding, such as narrowbody aircraft and dedicated freighters, with older passenger widebodies lagging well behind.

“There is a general labour shortage and the only way to get labour back to work is higher rates,” said Kailash Krishnaswamy, senior vice president of aftermarket services at Spirit AeroSystems. “Inflation is definitely a challenge.”

For his company, business has been solid in the Americas, where it services narrowbodies but less so in Belfast, where it had done a lot of work on Airbus A330 widebodies, many of which have been retired.

“We are trying to pursue a lot more narrowbodies in Belfast that we used to not do in 2019,” Krishnaswamy said.

A recent survey by broker Jefferies on aftermarket demand in aerospace found participants expected an 11% increase in sales this year. Half believed engines would be the area with the biggest recovery this year, although many airlines deferred engine maintenance during the pandemic. But Jefferies said the expected rise may be due to the low base in 2021.

Rolls-Royce said in December that large-engine flying hours were at only 50% of 2019 levels due to the uneven nature of the aviation recovery, but its civil aerospace president, Chris Cholerton, said on Wednesday that flying hours were expected to increase significantly this year.

Shop visits are on the rise and Rolls-Royce plans to hire more workers in Singapore this year, he said.

“The modern aircraft – the 787s, the A350s, A330neos, probably by before the middle of this year, they’ll be back to where they were in 2019,” Cholerton said. “The reduction in flying hours is from the parking of capacity from older aircraft.”

Boeing Global Services President Ted Colbert said the industry in Asia had been aided during the pandemic by a boom in passenger-to-freighter conversions that helped MROs fill spare hangar capacity.

The biggest beneficiary of the trend, Singapore Technologies (ST) Engineering, on Monday announced a deal to convert to freighters and lease up to five A320s to Vaayu Group. The first one is due to be placed on lease in the second quarter.

As the market recovers, Malaysia’s AirAsia, which as of last week had 55% of its fleet on the ground, hopes to have all of its planes flying again by the fourth quarter, increasing maintenance demand.

“For airlines growing out of the crisis and increasing capacity and getting access to MRO slots, that is going to be a struggle,” said Embraer Commercial Aviation President Arjan Meijer. “The capacity is limited in terms of hangar space but also from a human capital perspective.”

Planning for a rebound, AirAsia’s parent Capital A on Tuesday said it would raise more than $95 million for its engineering arm, which plans to build a large MRO facility at Kuala Lumpur International Airport capable of heavy maintenance of up to 14 planes at a time. 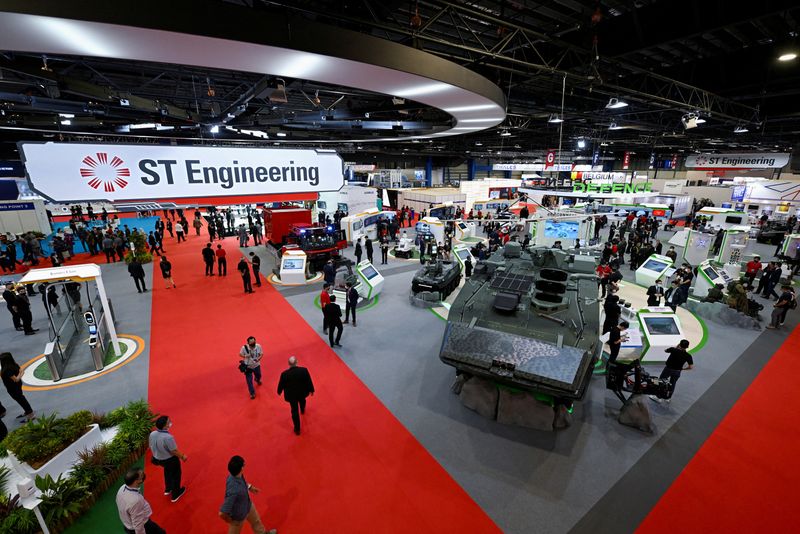