WASHINGTON – A Republican U.S. senator said on Wednesday he is blocking President Joe Biden’s nominees for environmental regulatory positions in a bid to win permission for his state to regulate storage of the primary gas blamed for climate change.

Louisiana, one of the top U.S. oil- and gas-producing states, has applied with EPA for the power to approve permits for and monitor wells that store carbon dioxide. Two other states, Wyoming and North Dakota, have been authorized to do that.

Cassidy’s office said Louisiana’s application had been delayed and he discussed the matter with EPA Administrator Michael Regan.

“Louisiana is the ideal location to store carbon underground and lower emissions,” Cassidy said in a release. “All that’s needed is the green light from the Biden administration.”

Advocates of carbon capture and storage (CCS) support it as a way of lowering carbon dioxide emissions in the atmosphere. The technique involves isolating the gas at power plants and other fossil fuel facilities and storing it underground. Opponents of CCS say the process is unproven and allows the burning of fossil fuels to continue unabated.

An EPA spokesperson said the agency is aware of Cassidy’s request and “will respond through the proper channels.”

Biden has four EPA nominees awaiting confirmation. They are Amanda Howe in mission support, Chris Fey for research head, Carlton Waterhouse in charge of waste and David Uhlmann for enforcement and compliance.

Louisiana is under pressure from oil and gas interests to permit CCS facilities as they look for ways to reduce emissions while continuing operations.

It is unclear how long Cassidy can block the nominations as Democrats, who have a razor-thin majority in the Senate, could take steps to push the nominees through. 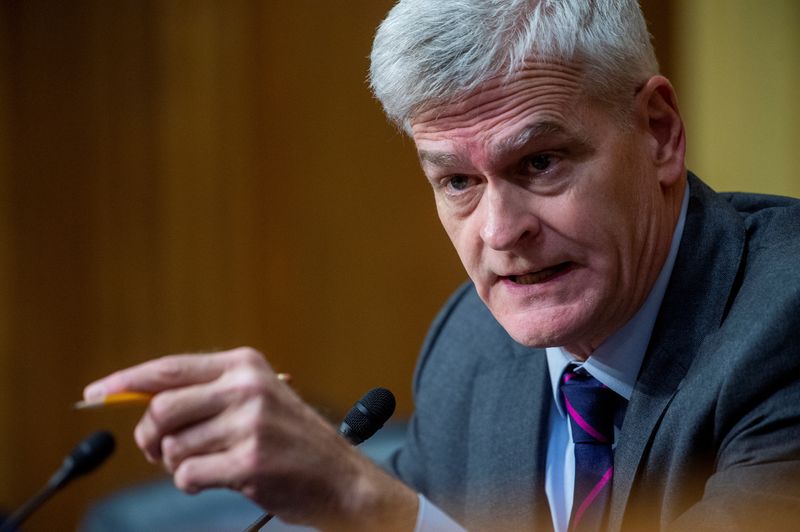