BERLIN – European Commission President Ursula von der Leyen disclosed some details of the sanctions Moscow would face if it invaded Ukraine, saying Russia would be cut off from international financial markets and denied access to major export goods.

Western leaders have until now refused to be drawn on the details of the responses they have agreed on if Russia invaded, only ruling out a military response and promising economic sanctions that would be unprecedented in scale.

“Russia would in principle be cut off from the international financial markets,” Von der Leyen told ARD public television late on Sunday evening. Sanctions would be imposed on “all goods we make that Russia urgently needs to modernise and diversify its economy, where we are globally dominant and they have no replacement,” she said.

She said sanctions would not be imposed until after any invasion, rejecting calls on Saturday by Ukrainian President Volodymyr Zelenskiy for immediate sanctions.

“The move to sanctions is so enormous and consequential that we know we must always give Russia a chance to return to diplomacy and the negotiating table,” she said. “This window is still open.”

Russia, which has stationed some 150,000 soldiers around Ukraine’s northern and eastern borders, is demanding a guarantee that Ukraine never be allowed to join the NATO alliance, something President Vladimir Putin says is essential to Russia’s long term security.

“They make up two thirds of its exports, and half of the Russia budget comes from them,” she said. Russia needed to modernise, and “precisely that would no longer be possible” if further sanctions were raised. 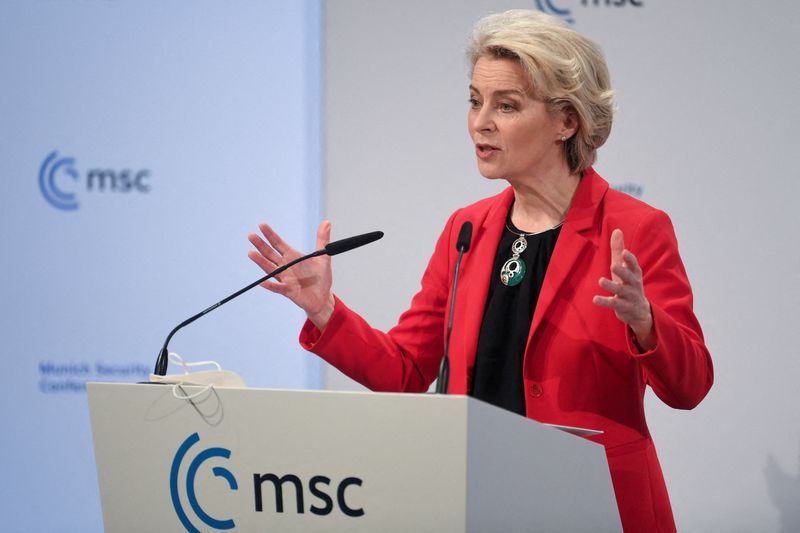