By Prerana Bhat and Tushar Goenka

BENGALURU – The Indian economy likely grew at a slower pace in the final quarter of 2021, primarily due to lacklustre manufacturing output and investment, according to economists in a Reuters poll.

Asia’s third largest economy expanded 6.0% in the October-December quarter compared with the same period from a year ago, the median forecast of 38 economists polled Feb. 21-23 showed, losing more steam even before disruptions from the Omicron variant of the coronavirus came into play.

The economy expanded 20.1% in the April-June quarter and 8.4% in July-September, mostly because of weak performances in the same quarters in 2020 when the pandemic took hold.

India’s Industrial output grew a mere 0.4% in December, a much slower pace than expected.

“The sort of rebound in Q3 after the Delta (virus variant) wave in Q2 was never going to be sustainable. But in any case, the exhaustion of momentum in Q4 particularly on the investment side was quite sharp, so that’s the largest reason for a much sharper slowdown,” Chanco added.

The latest 6.0% growth estimate was also a downgrade from 6.3% anticipated a month ago in a separate Reuters poll. Ten of 15 common contributors downgraded their forecasts or left them unchanged. The remaining five upgraded.

“Growth rates will still be muddied by base effects, so gauging momentum will be slightly difficult,” said Dhiraj Nim, economist at ANZ.

Growth in the current January-March period, partially crimped by restrictions due to Omicron, is projected at 5.0%, putting the financial year’s annual average at 9.2%, according to a separate survey taken last month.

The Reserve Bank of India has been prioritising growth and held interest rates at record lows at its February meeting, despite inflation breaching the upper limit of its target range.

“Economic activity is expected to broaden going forward … Progressively the pandemic is taking less of a toll on economic activity. Seen from this perspective, the RBI should have already taken the plunge to normalise monetary policy,” said Prithviraj Srinivas, chief economist at Axis Capital. 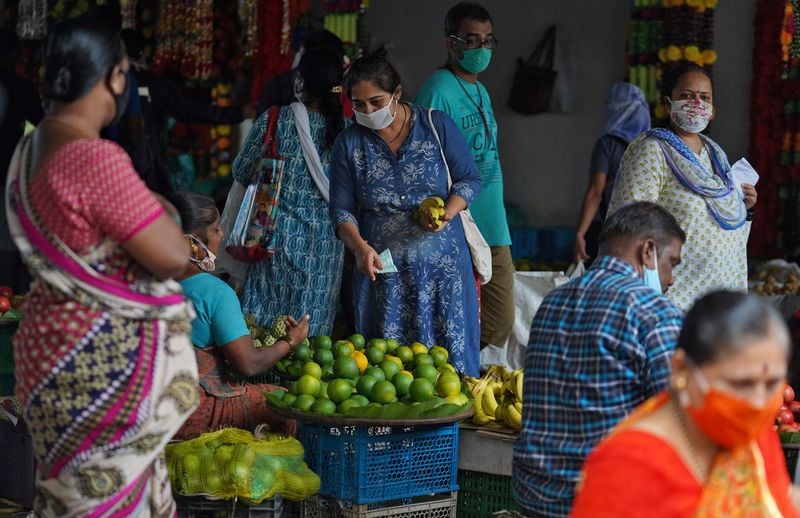