– Republican political operative and Donald Trump ally Roger Stone on Thursday sued members of the U.S. congressional committee investigating the Jan. 6 insurrection at the U.S. Capitol to block their attempt to acquire his phone records.

The congressional committee is attempting to determine who may have organized or coordinated the attack on the Capitol on Jan. 6, 2021, the day Congress gathered to certify that Joe Biden defeated the incumbent Trump in the November 2020 presidential election.

Stone says in his lawsuit he played no role in the riot of Trump supporters who stormed the Capitol building in an attempt to overturn the election results and reinstate Trump, and that the committee’s actions constitute an invasion of privacy.

“The data sought is not pertinent to the investigation and sweeps up privileged communications,” the suit alleges.

The suit was filed in the U.S. District Court for the District of Columbia and names lawmakers who have been leading the investigation including Speaker of the House Nancy Pelosi, Adam Schiff, Jamie Raskin and the two Republicans on the committee, Liz Cheney and Adam Kinzinger.

It also names AT&T Mobility Inc., the telecommunications company that the committee has asked to provide the data.

Stone, a longtime ally of Trump and a self-proclaimed “dirty trickster” in political matters going back decades, was convicted of lying to Congress during its previous investigation into Russia’s support of Trump’s 2016 presidential campaign. But Trump first commuted his sentence and later pardoned Stone, clearing him of criminal liability.

Representatives of the committee could not be reached for comment. The New York Times reported that a spokeswoman for the committee declined to comment on the suit. 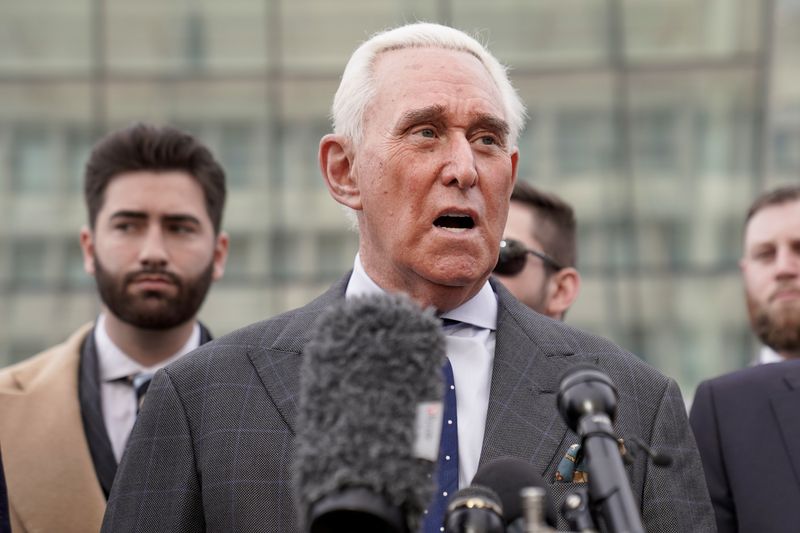