Of the 115 people who have ever served on America’s top judicial body, all but three have been white, only two have been Black and both of those were men. Biden and many leading fellow Democrats have sought to make the case that naming a Black woman is long overdue, but some leading Republicans have accused him of discrimination for refusing to consider any men or any non-Black women for the job.

During a White House appearance on Friday with Jackson, Biden noted that her parents grew up in the era of segregation “but never gave up hope that their children would enjoy the true promise of America.” Biden called Jackson “extremely qualified” and also cited the need for “a court that reflects the full talents and greatness of our nation.”

Race has been a divisive issue for America since its founding, including the past enslavement of and legal discrimination against Black people. Divisions have persisted.

In a Reuters/Ipsos poll conducted in October, about six in 10 Republican respondents said they agreed with a statement that white people were under attack in America. One in six Democrats agreed. About half of Republicans said U.S. minorities were treated fairly, compared to one in five Democrats.

Naming a Black woman to the court is a sign that America is making progress in addressing racism, said Fatima Goss Graves, chief executive of the National Women’s Law Center.

“When the court starts its session next year, a Black woman will be seated for the first time,” Graves said. “Her presence will remind this country of the progress that is possible and will begin the job of shattering stereotypes that constrict Black women in leadership at all levels.”

The percentage of America’s population that is white is continuing to decline, according to U.S. census figures. Counting everyone living in the United States, the population is 61.6% white, 18.7% Hispanic and 12.4% Black, with smaller percentages for other minority groups.

Debates over race have spilled over into the Supreme Court itself, with conservative justices expressing skepticism about policies to remedy past racial discrimination.

Race will loom large over the Supreme Court’s next term, which begins in October. If confirmed by the Senate, Jackson would replace retiring liberal Justice Stephen Breyer and would participate in cases in which race is front and center. The current court, which has a 6-3 conservative minority, includes one Black justice, conservative Clarence Thomas.

One major case could end affirmative action policies used by colleges and universities in their admissions processes to increase their enrollment of Black and Hispanic students to achieve campus diversity.

The justices will also decide Alabama’s defense of a Republican-backed map of U.S. House of Representatives districts that a lower court found was drawn to minimize the clout of Black voters in the state. The eventual ruling could further weaken the landmark Voting Rights Act, enacted in 1965 during the tumult of the U.S. civil rights movement to protect minority voting rights that had been violently suppressed for years, especially in southern states like Alabama.

Biden’s nominee has to be confirmed by the Senate, which is divided 50-50 between the two parties, by a simple majority vote. Democrats control the chamber because Vice President Kamala Harris can cast a tie-breaking vote.

For some Americans, the nomination carries profound meaning.

Kimberly Peeler-Allen, co-founder of Higher Heights for America, a group that promotes Black women in leadership, compared it to the appointment of Thurgood Marshall in 1967 as the first Black justice. Thomas was the second.

“To see someone like you … is an inspiration for millions of others,” Peeler-Allen said.

Democratic U.S. congressman Jim Clyburn, who was instrumental in 2020 in convincing Biden to commit to naming a Black woman to the court, emphasized the message such an appointment would make. It would tell every child growing up in modest circumstances “you’ve got just as much of a chance to benefit from the greatness of this country as everybody else,” Clyburn told the CBS program “Face the Nation.”

“That’s the kind of conversation I had with candidate Biden way back when he was running for president,” Clyburn added.

Harris, who serves as the first Black U.S. vice president after Biden picked her as his 2020 running mate, emphasized the importance of the court reflecting all viewpoints when rendering decisions.

“The idea that there would be a Black woman on the court is about ensuring that this court makes decisions in a way that reflect the experiences of all Americans,” Harris told Telemundo.

Conversely, James Ho, a Republican-appointed judge serving on a New Orleans-based federal appeals court, gave a speech on Feb. 15 defending a legal scholar who had suggested in a Twitter post that Biden’s Supreme Court nominee would be a “lesser black woman.”

Ho criticized the use of racial preferences in hiring, student admissions and judicial appointments, adding that the “first step in fighting racial discrimination is to stop practicing it.”

Such reactions to Biden’s pledge reflect growing differences between Democrats and Republicans on questions of civil rights, according to John Sides, an expert in U.S. politics and public opinion at Vanderbilt University in Nashville.

“Attacks on Biden’s plan are consistent with a political landscape in which Democrats believe in taking affirmative steps to remedy racial inequality while Republicans see those steps as illegitimate,” Sides said.

Racial tensions have simmered in the United States in recent years particularly in light of incidents such as the 2020 murder of George Floyd, a Black man, by a white Minneapolis police officer and Donald Trump’s 2017-2021 presidency when critics accused him of pursuing policies built around “white grievance.”

Debates have flared around the country over initiatives to increase workplace racial diversity, racial sensitivity training and the teaching of U.S. history and race relations in public schools. Some parent groups and Republican legislators have accused public school boards of teaching “critical race theory,” an academic framework primarily used in law schools to analyze racism in U.S. law and institutions.

With the Senate confirmation process looming, attacks on Biden’s nominee may carry risks for Republicans.

“Anybody we are talking about is likely to be qualified – and Republicans would understand that attacking in personal ways wouldn’t be good for the party and wouldn’t be helpful,” said Gregg Nunziata, a former Republican Judiciary Committee staffer.

Nunziata noted that some Republicans already have used “unfortunate phrasing that has reflected badly on them.”

(Reporting by Andrew Chung in New York and Lawrence Hurley in Washington; additional reporting by Jason Lange; Editing by Will Dunham and Scott Malone) 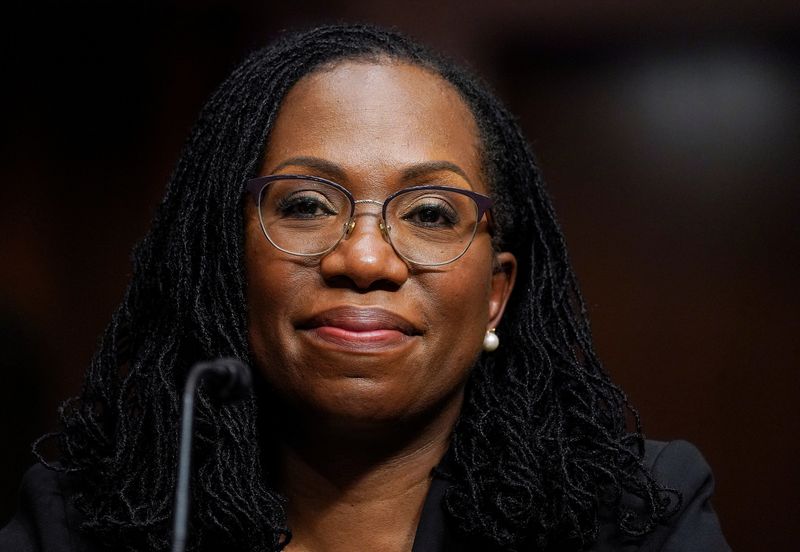