By Michael Hogan and Gus Trompiz

HAMBURG/PARIS – Grain exporters are looking for alternative sources of wheat and corn as a Russian invasion cuts off Ukrainian supplies, with European Union producers Romania and France being used to cover some nearby loadings, traders said on Friday.

The conflict has rattled grain markets, with European wheat futures surging to a record high on Thursday, as it raised the prospect of stalled shipments from Ukraine and Russia, which together account for nearly a third of world wheat exports and almost a fifth of global corn exports. [GRA/EU]

Moscow’s military assault led Ukraine to close its ports on Thursday and they remained shut to commercial shipping on Friday.

Romania, a major grain supplier that, like Ukraine, exports through the Black Sea but outside the conflict zone, was seen as an obvious back-up option for merchants.

Ukraine is a key wheat exporter to Middle Eastern and Mediterranean importers including Egypt, Turkey, Italy and African countries.

“There was increased demand for Romanian wheat with their ports outside the war zone,” one trader said.

“It was mainly from multi-nationals seeking quick supply cover, volumes were substantial on both Thursday and Friday.”

Part of the demand was thought to cover recent sales to Algeria, a destination where Ukrainian and other Black Sea origins have been gaining market share.

As well as Romanian corn, trading firms had booked at least several small vessels of French corn to cover nearby shipments to EU destinations like the Iberian peninsula and the Benelux countries, traders said.

There was also talk of French wheat being bought to replace Ukrainian supplies. Some traders said several hundred thousand tonnes may have been booked, although others cited smaller initial volumes for immediate needs, with availability of rival origins like Argentine wheat reducing interest in French supplies for further-away periods.

Some merchants were also waiting for further developments in the conflict after Thursday’s market panic.

“If there is a quick end to the fighting, ports in Ukraine are likely to reopen quickly,” another trader said. 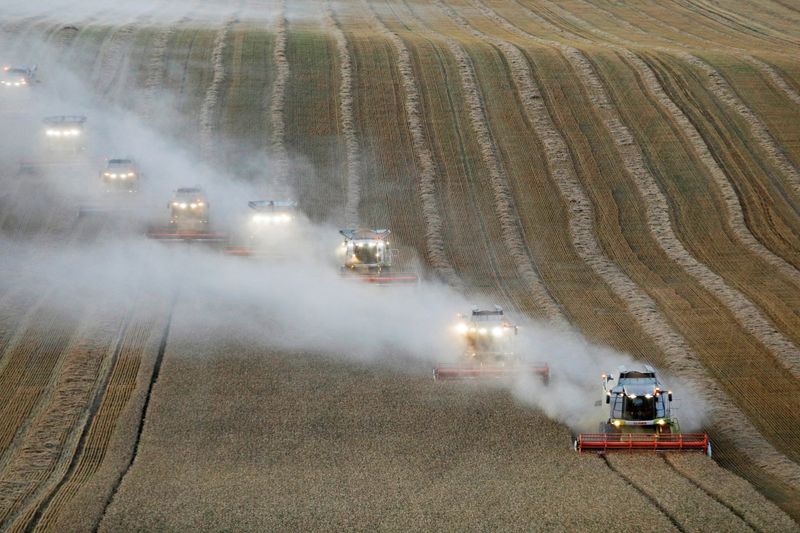