WASHINGTON – A U.S. House of Representatives committee investigating former President Donald Trump’s removal of classified documents from the White House has expanded its probe of the Republican’s handling of records, according to a letter made public on Friday.

Representative Carolyn Maloney, the Democratic chair of the House Oversight Committee, wrote to the National Archives and Records Administration (NARA) asking for more information about what she described as “what appear to be the largest-scale violations of the presidential records act since its enactment.”

In a letter to David Ferriero, archivist of the United States, Maloney asked that NARA provide by March 10 information including a detailed description of the contents of boxes recovered from Trump’s Florida home. She also demanded information about any records transferred that Trump had destroyed or attempted to destroy, after reports that aides had discovered documents in a White House toilet during his presidency.

The letter, dated Feb. 24, also asked NARA to provide by March 17 documents and communications related to the use of personal messaging accounts for official business by officials in the Trump administration.

The National Archives had confirmed in a letter to Maloney last week that it had found classified materials in the boxes Trump took with him to Florida. It said in an emailed statement on Friday that it had received the letter and would respond appropriately, including in accordance with the Presidential Records Act.

Maloney’s committee has been looking into the handling of records by Trump, who left office in January 2021. Trump has denied wrongdoing since it was discovered that he had brought 15 boxes of presidential documents to his home in Florida, rather than handing them over to the National Archives, as required by law.

“The American people deserve to know the extent of what former President Trump did to hide and destroy federal records and make sure these abuses do not happen again,” Maloney said in a statement.

The Washington Post first reported this month that some of the documents taken to Trump’s home and subsequently returned to the Archives were marked as classified, which could intensify the legal pressure Trump or his aides could face.

The U.S. Justice Department has not announced whether it has opened an investigation. 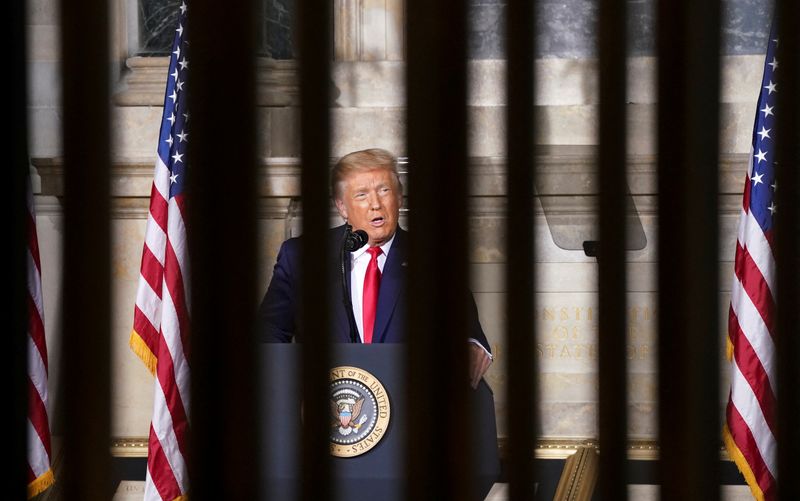