WASHINGTON – World Bank President David Malpass said on Sunday the bank may be able to provide Ukraine with more financial resources within days and that additional aid for the war-torn country will be discussed by G7 finance leaders on Tuesday.

Malpass told CBS’ “Face the Nation” he was not yet considering what would happen if the Ukraine’s government falls, but the bank is “doing everything we can to support the people of Ukraine.”

“Right now, we have an instrument that is able to move quickly in the next few days if it’s – if it’s needed – and the circumstances go that way,” Malpass said. “I briefed our board on Thursday and it can be added to by other countries that want to support Ukraine.”

A disbursement for Ukraine within days would represent a rapid acceleration from World Bank financing options that Malpass discussed a week ago with Ukrainian President Volodymyr Zelenskiy. Malpass at that time said the bank was readying a $350 million disbursement to Ukraine that the group’s board would consider by the end of March.

Malpass said he would join a virtual meeting on Tuesday of finance ministers and central bank governors from the G7 Western democracies, who will discuss other options and “can decide a lot of how much aid goes into Ukraine.”

A source familiar with the G7 meeting plans said the finance leaders also will discuss the latest rounds of sanctions against Russia aimed at punishing Moscow for the invasion of Ukraine. These include moves by the United States and its allies to cut key Russian banks off from the SWIFT financial transactions messaging system and impose sanctions against Russia’s central bank aimed at neutralizing its $630 billion in foreign currency reserves.

Malpass also said the World Bank, along with the International Monetary Fund, was considering steps to help countries bordering Ukraine to support their intake of Ukrainian refugees, such as Romania and Moldova.

He added that the conflict and financial sanctions against Russia would increase hardship for the Russian people as the rouble’s value has fallen dramatically.


“You know, this is a tragedy right now for Ukrainians, for the neighbors of Ukraine, but also for Russians,” he said. “They didn’t choose war.” 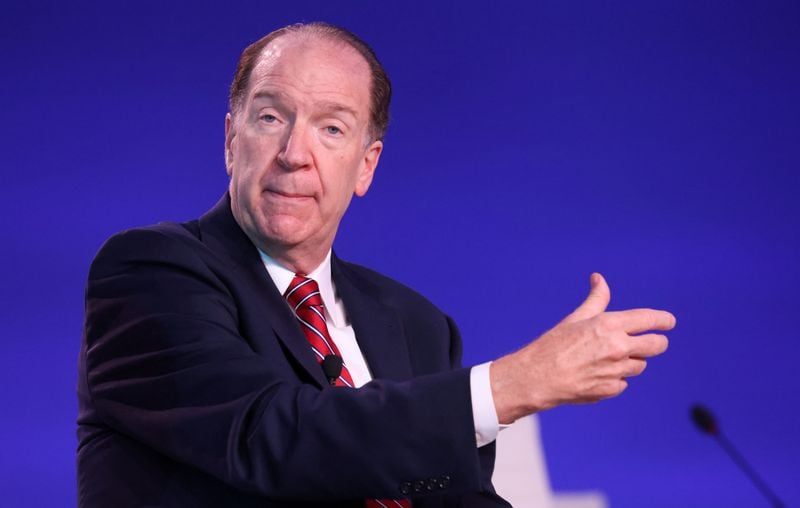