By Tim Hepher and Alexander Cornwell

PARIS/DUBAI -Airbus hit back in an escalating dispute with Qatar Airways over A350 jets on Monday, asking a British judge to award $220 million in damages over two undelivered airliners.

The planemaker’s claim for two A350s that Qatar’s national carrier has rejected comes after the airline sued Airbus for $600 million over degradation on more than 20 jets recently grounded by Qatar.

Airbus also wants to recover millions of dollars of credits awarded to the airline, a filing showed, offering a rare glimpse into negotiating details in the secretive global aircraft industry.

The counter-offensive is the latest salvo in a months-old contractual and safety dispute that has brought ties between Qatar and one of France’s most high-profile firms to a low as Qatar prepares for an influx of visitors for the World Cup.

Once basking in headlines as they signed multi-billion-dollar deals at air shows, the two sides are now locked in an unprecedented public dispute over erosion to the painted surface and lightning protection on the Airbus A350 airliner.

Qatar Airways has said the surface degradation raises unanswered questions over the safety of the jets, prompting its regulator to ground planes one by one as the problem appears.

Airbus reiterated that the planes are safe because of margins built into the anti-lightning system and accused the airline of instigating the regulator’s decision.

Qatar Airways had no immediate comment. Qatar’s aviation authority did not immediately respond to a request for comment.

The row dates back to November 2020 when Qatar Airways sent one of its large A350s to be repainted in a special livery for the FIFA World Cup which the Gulf state is set to host this year.

That led to the discovery of more than 900 surface flaws and damage to anti-lightning mesh, according to Qatar Airways.

The two sides later agreed a compensation clause whose value has risen to $206,500 per plane per day.

But they disagree about whether that has been activated and even if it has been, whether it applies to the rest of the grounded fleet.

Airbus has acknowledged wider A350 quality problems after a Reuters investigation in November revealed that at least five other airlines had reported similar findings.

But it has accused Qatar Airways alone of misportraying them as safety issues.

Monday’s filing said it was in the interests of the airline, which launched the A350 programme as its largest customer, to keep the planes grounded and seek Airbus compensation because of lower long-haul travel demand following the pandemic.

Qatar Airways has said the country’s regulator is strictly independent and that it needs the planes to fly for the World Cup, forcing it to lay out new costs in leasing replacement aircraft or bringing recently mothballed Airbus A380s back into service.

The airline is loss-making but has received $3 billion in aid since the start of the pandemic from the state of Qatar, one of the world’s richest nations.

European regulators say that despite their scaly appearance the aircraft skin problems do not amount to an airworthiness issue on the A350, which is not grounded elsewhere.

Qatar Airways confirmed on Monday that another of its A350s had been grounded, bringing the total number idled to 22.

Reuters reported the move on Friday as Qatar sought to enforce a separate contract between Airbus and the same carrier for in-demand A321neo jets. Airbus has cancelled the A321neo deal as their divorce heads towards a rare UK trial.

The two sides also clashed about the chances of a truce.

An Airbus spokesman said Monday’s counter-claim was a “last resort and followed many fruitless attempts to find mutually beneficial solutions”.

Qatar Airways said earlier it was not aware of “any efforts by Airbus to try to resolve the situation in an amicable way”. 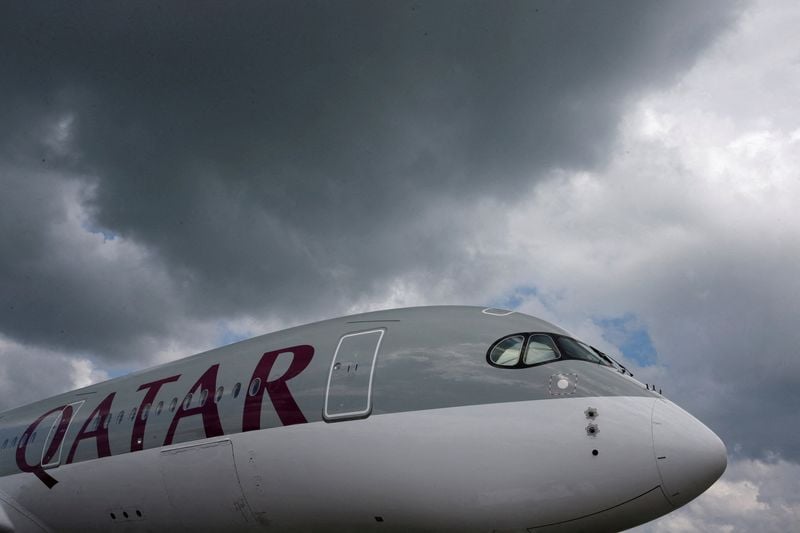 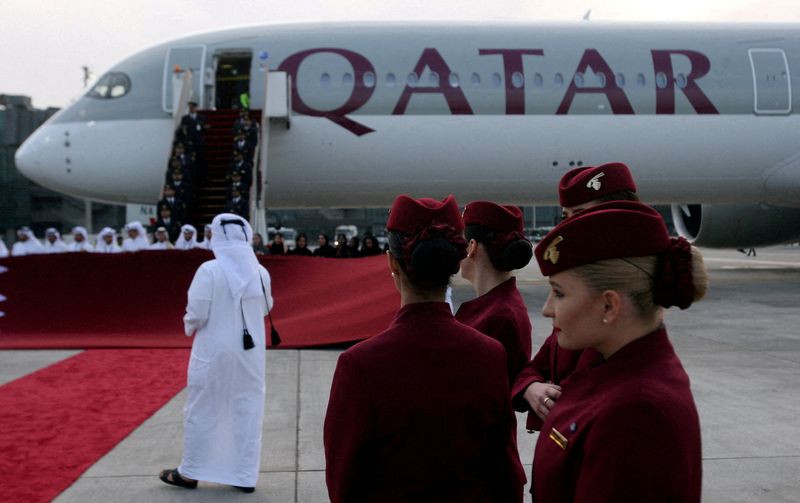