SAN FRANCISCO – Luxury electric car maker Lucid Group on Monday revised down its production forecast for this year due to “extraordinary supply chain and logistics challenges,” knocking its shares down 14%.

Electric vehicle startups like Rivian Automotive and Lordstown Motors, which have raised money in public listings, have fallen short of their own production targets.

In late October, Lucid started deliveries of its $169,000 Lucid Air premium electric sedans, which have an estimated driving range of 520 miles (835 km) per change, a longer range than rival Tesla.

The company posted a net loss of $1.05 billion in the fourth quarter of 2021, more than triple its loss from a year earlier.

Lucid Group, in which Saudi Arabia’s Public Investment Fund (PIF) hold a nearly 63% stake, on Monday announced plans to build a new manufacturing facility in the Kingdom of Saudi Arabia. Construction will start in the first half of this year, with a goal to manufacture up to 150,000 vehicles a year at its peak.

Lucid currently operates a factory in the U.S. state of Arizona, where it plans to boost capacity to 365,000 vehicles a year. 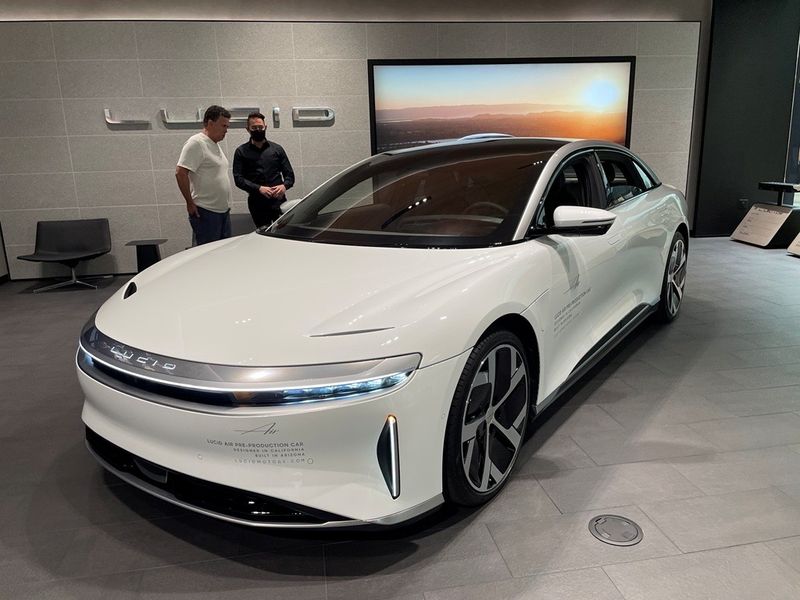 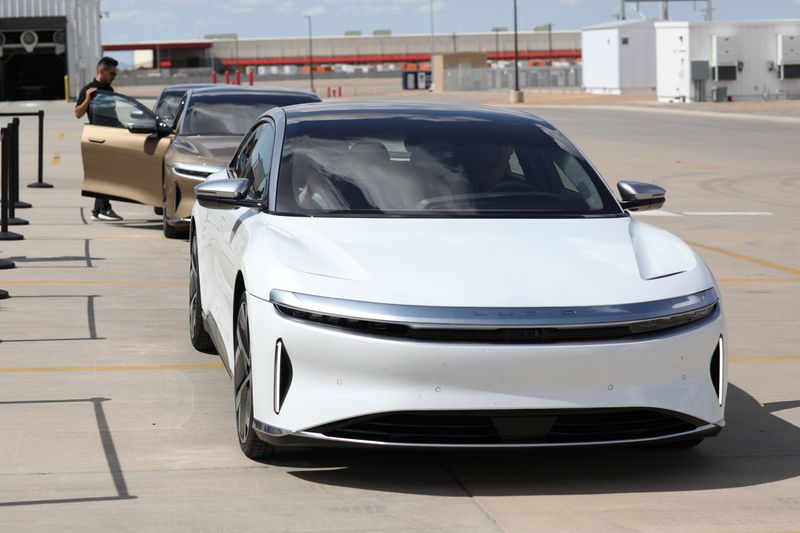