GENEVA – U.S. Secretary of State Anthony Blinken said on Tuesday that Russian “crimes” in Ukraine are mounting by the hour, with strikes hitting hospitals, schools and homes, and called for holding perpetrators accountable.

Moscow faced increasing isolation on Tuesday as President Vladimir Putin showed no sign of stopping an invasion of Ukraine, where fierce fighting and Russian bombardment have killed dozens and sparked a refugee crisis.

Blinken said that the Geneva forum’s urgent debate on Ukraine set for Thursday, where a resolution brought by Kyiv and allies would set up an international probe into violations, is an “important step toward ensuring documentation and accountability”.

“We must take steps to hold the perpetrators accountable,” he added, invoking the need to act out of respect for “every victim of those crimes,” he said.

The United States is looking closely at whether war crimes were committed during the Russian invasion of Ukraine and engaging with partners around the world on the issue, White House press secretary Jen Psaki said on Tuesday.

Uzra Zeya, U.S. Under Secretary of State for Civilian Security, Democracy, and Human Rights, told reporters in Geneva that Russia’s invasion was “resulting in a human rights and humanitarian catastrophe”.

“If they are intentionally targeting civilians or civilian objects, that would be a violation of international humanitarian law,” she said.

Zeya denounced what she called “the depravity of past Russian operations”, including in areas of Ukraine’s Donbass region, saying they were marked by extrajudicial killings, abductions, unlawful detentions and torture.

Blinken’s speech marked Washington’s return as a voting member to the top U.N. rights body which the Trump administration quit in 2018 over what it called chronic bias against Israel and a lack of reform.

But he said that the Biden administration would continue to counter what he called the council’s “anti-Israel bias and the unfair and disproportionate focus on Israel”.

Blinken said that China “continues to commit genocide and crimes against humanity in Xinjiang” against Muslim Uyghurs. He was referring to reports that some 1 million Uyghurs are detained in mass camps in the remote northwestern region, some subjected to forced labour, which Beijing denies.

He called for U.N. human rights boss Michelle Bachelet to release her office’s report with findings on the situation. 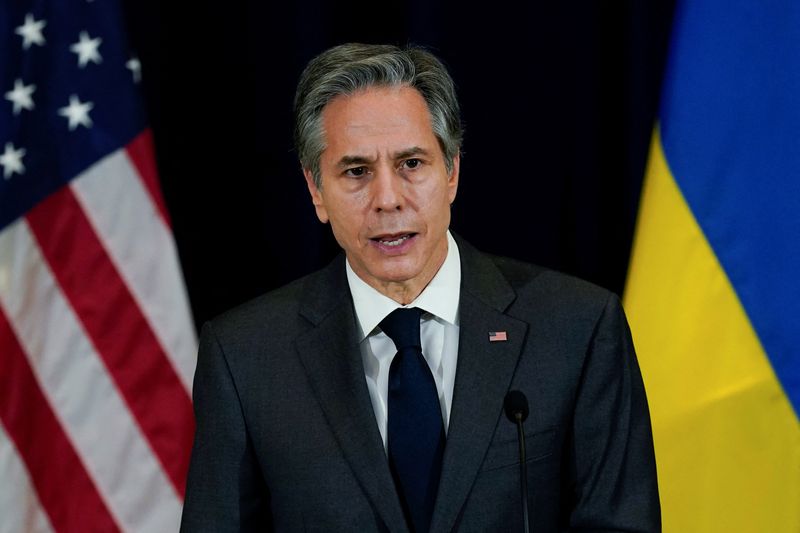