WARSAW – Western powers must enforce a no-fly zone over Ukraine to stop an unfolding humanitarian catastrophe, an activist said on Tuesday in an impassioned plea to British Prime Minister Boris Johnson to do more to help her country in the wake of Russia’s military attack.

Johnson was taking questions from journalists at the British Embassy in Warsaw when Daria Kaleniuk, a Ukrainian activist from the NGO Anti-Corruption Action Centre told him that Ukrainians needed a no-fly zone.

“Ukrainian women and Ukrainian children are in deep fear because of bombs and missiles which are coming from the sky. Ukrainian people are desperately asking for the West to protect our sky,” she said, her voice reverberating with emotion.

“Britain guarantees our security under the Budapest Memorandum so you’re coming to Poland, you are not coming to Kyiv, prime minister .. because you are afraid.”

Britain, along with fellow nuclear powers the United States and Russia, is a signatory to the 1994 Budapest Memorandum under which Ukraine gave up its own atomic weapons in return for security guarantees.

In response, Johnson said that there was “not enough that we can do as the UK government to help … the way that you want.”

“The implication of that (no fly zone) is that the UK would be engaged in shooting down Russian planes, would be in direct combat with Russia. That’s not something that we can do or that we’ve envisaged.”

Speaking to Reuters after the question-and-answer session, Kaleniuk condemned what she said was Britain’s refusal to stand by the security commitments it made almost three decades ago and said a no-fly zone was essential in order to get humanitarian aid to central and eastern Ukraine.

“Ukrainian children are sitting in shelters in the bombardments and UK and the United States are saying sorry we will not go into war against Russia, we will not protect your sky … because we are simply afraid of World War Three,” she said.

“So what does this security guarantee mean? Nothing.” 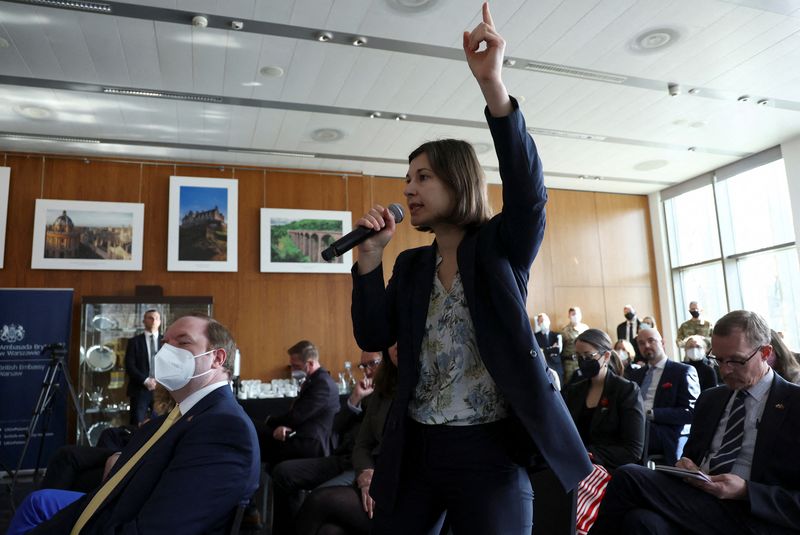 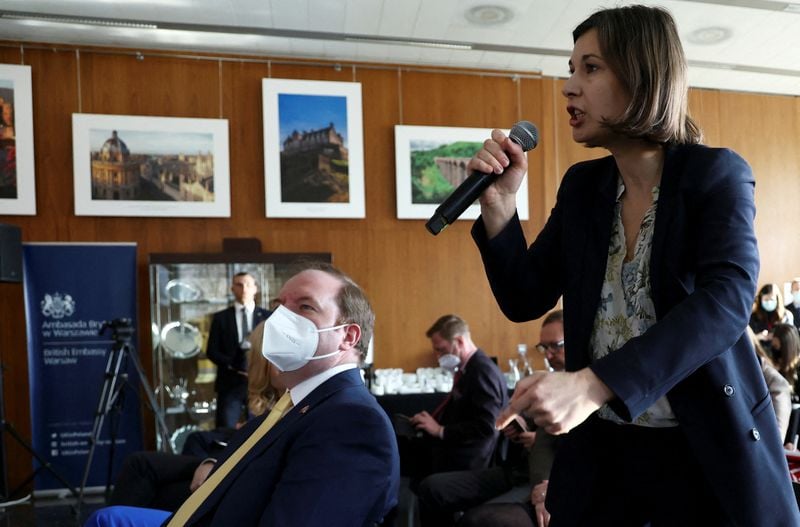 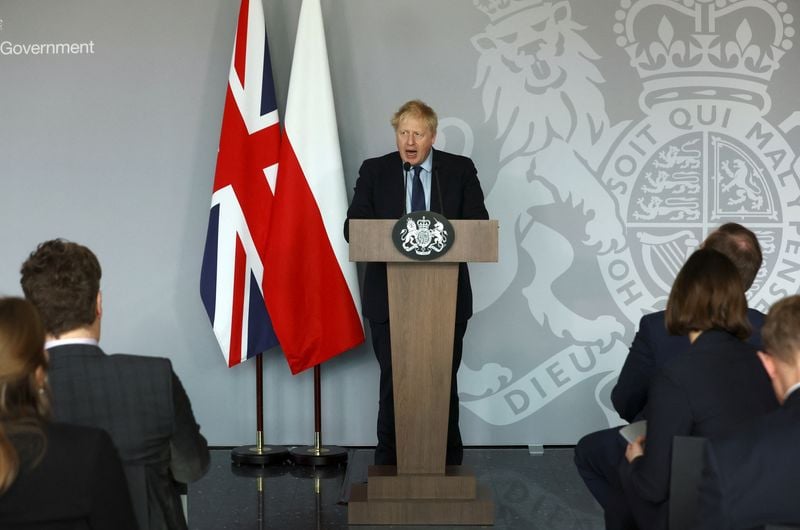