The cases, filed using the court’s emergency “shadow docket” that can allow it to act quickly and without the public deliberation that is a staple of major cases, seek to advance the “independent state legislature doctrine,” a little-known legal theory that could limit the ability of state courts to impose new maps.

The 6-3 majority conservative court is considering the Republicans’ emergency requests to block lower court decisions that approved electoral maps for U.S. House of Representatives races replacing ones drawn by the Republican-led legislatures in the two states, where primary elections take place on May 17. The court, which has been increasingly assertive in taking up contentious cases, could act within days.

In the North Carolina case in particular, the Republican challengers place front and center the theory that the U.S. Constitution gives state legislatures, and not other entities such as state courts, the power to set rules governing elections, including where district lines are drawn.

“They’re very aggressive because they are asserting that legislatures when they are engaged in congressional redistricting are essentially immune from all state law,” said Paul Smith, the senior vice president at Campaign Legal Center, a non-partisan voting rights organization.

Critics say the independent state legislature doctrine flouts democratic principles because it could limit the ability of courts to block electoral districts designed to entrench one political party in power, known as gerrymandering.

The doctrine could also stymie challenges on issues such as voter identification, mail-in ballots and drop boxes, which Republicans have sought to restrict in a number of states, and factor into lawsuits that arise in the heat of an election.


“It’s dangerous because state politicians are the people most interested in crafting the rules of the game to help themselves and their side continue to win,” said Josh Douglas, a voting rights expert at the University of Kentucky Rosenberg College of Law.

In most states, lawmakers control the process of redrawing their congressional maps every 10 years after the U.S. Census has been taken. The Supreme Court in 2019 said federal courts are powerless to intervene to prevent partisan gerrymandering.

Republicans need to flip only a handful of seats in November’s midterm elections to recapture control of the U.S. House and hinder much of Democratic President Joe Biden’s legislative agenda.

The doctrine, which is gaining traction in conservative legal circles, is based in part on language in the U.S. Constitution that the “times, places and manner” of federal elections “shall be prescribed in each State by the Legislature thereof.”

The Republican challengers are pressing the theory at a time when the Supreme Court seems more receptive to it.

Four of the court’s conservative justices appeared to lend weight to the argument during the flurry of litigation around the 2020 election, when Republican lawmakers or officials sought to block court decisions requiring changes to election deadlines and rules, to account for the coronavirus pandemic.

For instance, in a case from Wisconsin last October, Justice Brett Kavanaugh wrote in an opinion that “state courts do not have a blank check to rewrite state election laws for federal elections.”

Kavanaugh is one of three conservative justices appointed by Republican former President Donald Trump, who has continued to falsely claim that his election defeat to Biden was the result of fraud, inspiring a wave of new restrictions on voting in Republican-led states.

The dispute in North Carolina centers on a state supreme court ruling last month that struck down the Republican-dominated legislature’s congressional map as a violation of the state’s constitution.


That ruling came in two lawsuits brought by plaintiffs including Democratic voters and an environmental group claiming that the map was biased toward Republicans. A lower court then adopted a remedial map drawn by a bipartisan panel of experts.

Republican lawmakers in the state urged the U.S. Supreme Court to intervene, saying the federal Constitution “does not give the state courts, or any other organ of state government, the power to second-guess the legislature’s determinations.”

In Pennsylvania, the state supreme court last month approved a new congressional map after Democratic Governor Tom Wolf vetoed one drawn by the majority-Republican legislature, saying it gave an unfair advantage to Republicans.

Republicans, including one who is running for office, then sued to block the new map and turned to the U.S. Supreme Court when their efforts failed, saying the state court had “no authority to impose a congressional map” unless the legislature authorized it.

Their lawyer, Jonathan Mitchell, told Reuters his argument was not as broad as that made in the North Carolina case because he concedes that courts can intervene when a legislatively enacted map violates the state or federal Constitution.

“The problem is that the [Pennsylvania] court acted to impose a map of its choosing, not to remedy a state or federal constitutional violation,” he said.

In another redistricting case on a different legal question, the court last month allowed Alabama to use a Republican-backed map, signaling further weakening of the Voting Rights Act enacted to protect minority voters. 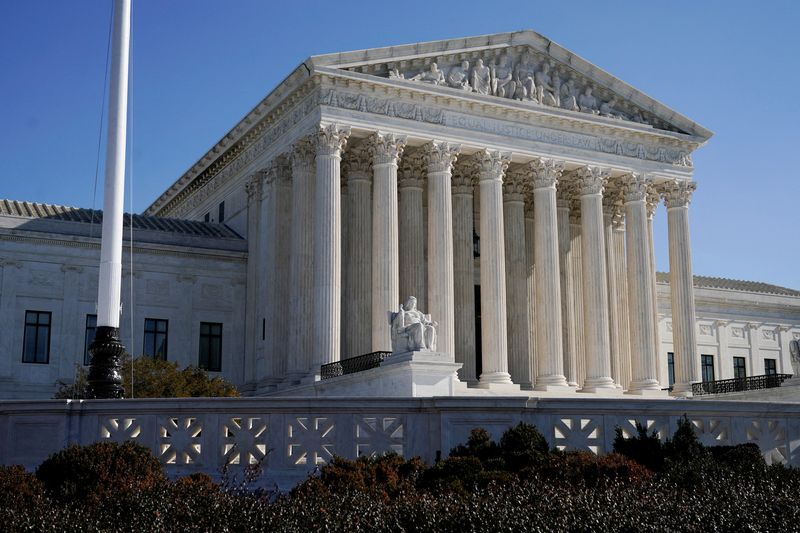