By Sabrina Valle and Shariq Khan

-Exxon Mobil Corp on Wednesday said it will further slash expenses and its oil and gas production portfolio to boost returns, but offered no updates on shareholder returns.

The company began its annual update to investors a day after disclosing it would exit its last Russia operations in response to the invasion of Ukraine that sent oil prices to their highest level in eight years.

Exxon said it expects to cut annual costs by $9 billion in by 2023, $3 billion more than a previous target, in a drive to quickly pay down debt taken on during the pandemic and double earnings by 2027, over 2019 levels.

Analysts said they were hoping to hear more on allocations of cash from high prices to shareholder returns and details on the financial fallout from its Russia exit.

The company has been on a major cost-cutting drive after suffering a historic loss in 2020. In January, Exxon disclosed one of the most sweeping restructuring of its global operations.

“We’ve built a portfolio with flexibility to adjust investments between our traditional oil, gas and products business and new lower-emissions opportunities,” Chief Executive Darren Woods said in a statement.

The business outline was consistent with Exxon previous goals and if the targets are achieved, give the company a way to stand apart from peers, said Biraj Borkhataria, co-head of European energy research at RBC Capital Markets.

“The company has a mixed track record on its medium-term guidance, which may leave some investors more cautious,” Borkhataria said.

Exxon’s free cash flow suggests there could be $15 billion available for higher distributions to investors, he said.

Exxon, which reported some of its best financial results in the fourth quarter of last year on surging oil and gas prices, said it was upgrading its portfolio with “low-cost-of-supply” opportunities to further improve future earnings.

It highlighted the Permian basin of Texas and New Mexico, the top U.S. shale field where Exxon plans to grow production by 25% this year, as part of those low-cost opportunities. Guyana and Brazil are its other focus areas.

The company also reaffirmed plans to invest between $21 billion and $24 billion this year and between $20 billion and $25 billion per year through 2027, directing a large portion of that money to low-carbon projects.

Spending plans include more than $15 billion over the next six years to reduce greenhouse gas emissions in the company’s operations and for investments in lower-emission business opportunities, Exxon said.

(Reporting by Sabrina Valle in Houston and Shariq Khan in Bengaluru; Editing by Sriraj Kalluvila and Nick Zieminski) 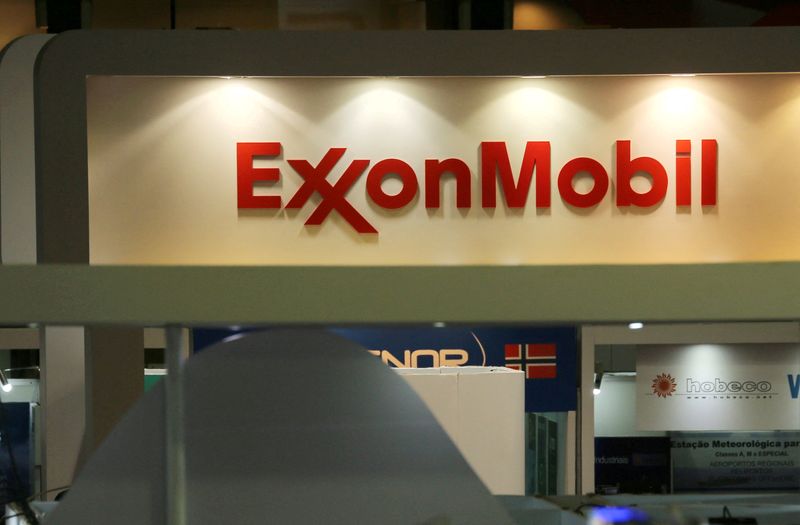