WASHINGTON -The U.S. military said on Wednesday it will postpone a scheduled test launch of a Minuteman III intercontinental ballistic missile, in a bid to lower soaring tensions after Russia announced it was putting its nuclear forces on high alert.

Russian President Vladimir Putin’s weekend announcement on the heightened alert posture fanned fears that Russia’s invasion of Ukraine could lead to nuclear escalation, with some European officials seeing it as veiled threat to the West.

Putin’s foreign minister, Sergei Lavrov, was quoted on Wednesday warning that a Third World War would be a nuclear conflict, remarks that added to growing unease.

The Pentagon strongly condemned Russian rhetoric surrounding the world’s most destructive weaponry and said it hoped its decision to delay its ICBM test would serve as an example to Moscow.

“We recognize, at this moment of tension, how critical it is that both the United States and Russia bear in mind the risk of miscalculation and take steps to reduce those risks,” said Pentagon spokesman John Kirby.

He said the decision to delay the test was meant to “demonstrate that we have no intention in engaging in any actions that can be misunderstood or misconstrued.”

“We did not take this decision lightly, but instead to demonstrate that we are a responsible nuclear power.”

The nuclear-capable Minuteman III is key part of the American military’s strategic arsenal and has a range of 6,000-plus miles (9,660-plus km) and can travel at a speed of approximately 15,000 miles per hour (24,000 kph). Missiles are dispersed in hardened underground silos operated by launch crews.

U.S. Senator Jim Inhofe, the top Republican on the Senate Armed Services Committee, said he was disappointed by the delay, adding that the test was critical to ensuring America’s nuclear deterrent stayed effective. The Pentagon said the delay would have no impact.

Related News:   Olympics-Up to IOC to decide if Russia can compete in Paris 2024 - Estanguet

Russia’s defense ministry said on Monday its nuclear missile forces and Northern and Pacific fleets had been placed on enhanced combat duty, in line with an order the previous day from Putin.

Pavel Podvig, a senior researcher at the United Nations Institute for Disarmament Research in Geneva, said on Twitter that the order might have activated Russia’s nuclear command and control system, essentially opening communication channels for any eventual launch order. Alternatively, he said it might just mean the Russians added staff to their nuclear facilities.

Still, the Biden administration has not confirmed any concrete actions by Russia’s nuclear forces following the announcement, including potentially moving warheads out of storage or redeploying nuclear force personnel.

President Joe Biden said on Monday that Americans should not worry about a nuclear war and Secretary of State Antony Blinken on Wednesday said his administration was comfortable with America’s defense posture.

“We remain confident in our strategic posture … and our ability to defend the homeland and our allies and our partners remains fully intact and ready,” Kirby said. 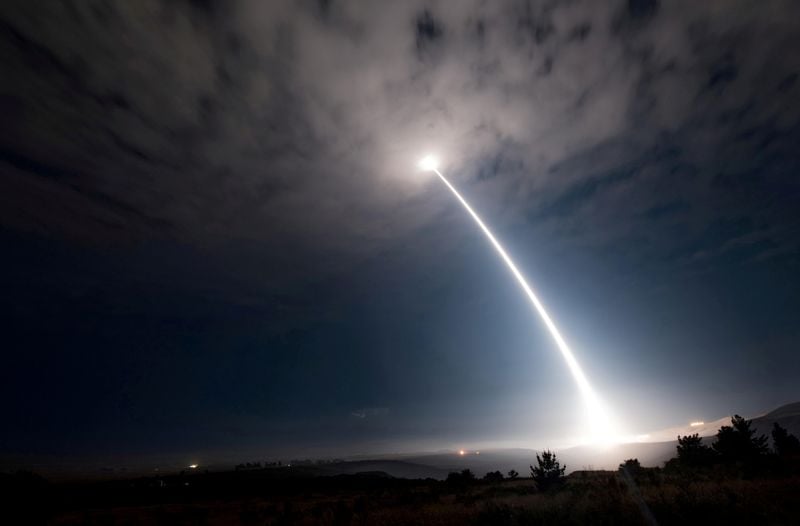