– Palladium raced to an over seven-month peak on Thursday in a rally sparked by concerns over supply from top producer Russia, while a relatively less hawkish Federal Reserve and safe-haven demand due to the Ukraine crisis boosted gold prices.

“The airspace closure is disrupting exports from Russia,” with buying from both investors and consumers supporting palladium prices, UBS analyst Giovanni Staunovo said.

Western nations have piled sanctions on Russia for its invasion of Ukraine, which accounts for 40% of global palladium production.

“The market is in ‘self sanction mode’ trying to avoid anything relating to Russian oil, Russian palladium, Russian whatever,” said Bernard Dahdah, an analyst at Natixis.

Oil prices soared again, rattling markets, as the Ukraine war triggered a dash for commodities that could be in short supply. [MKTS/GLOB]

“It’s less likely that the Fed is going to raise rates by 0.5 basis points,” so that has given an extra boost to gold prices, along with demand due to the crisis in Ukraine, Natixis’ Dahdah said.


Federal Reserve Chair Jerome Powell said on Wednesday the central bank would begin “carefully” raising interest rates at its upcoming March meeting but be ready to move more aggressively if inflation does not cool as quickly as expected.

However, strength in rival safe-haven the U.S. dollar limited gains in greenback-priced bullion. [USD/] [US/] 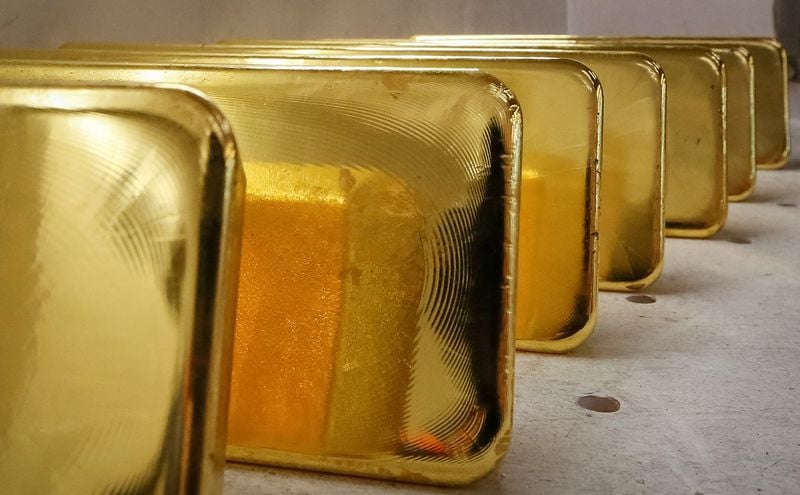