TORONTO – TD Bank’s planned $13.4 billion purchase of First Horizon Corp would give it access to one of the fastest growing regions in the United States, but some investors expressed concerns about the deal’s timing and the target’s higher costs.

TD’s biggest-ever acquisition, which would make it the sixth-biggest U.S. lender by assets, found support from investors for the constructive use of its C$22 billion ($17.4 billion) of excess capital, the highest among Canadian banks.

But First Horizon’s high total expenses compared to peers, TD’s own underwhelming lending in the United States and a tougher regulatory environment may pose risks, analysts and investors said.

TD shares are down over 6% since the deal was announced on Monday, a decline compounded by first-quarter earnings on Thursday that beat estimates but were rated below other major Canadian lenders.

The Canadian banks index has lost 1.7% in that time.

Investors noted that First Horizon had just finished integrating fellow southeast U.S. lender Iberiabank Corp, which it merged with in 2020.

“You’re buying a bank that just went through an integration and you’re putting it through another one,” said Steve Belisle of Manulife Investment Management. “It seems like it was done very quickly… it can lead to disruption.”

While TD has been prudent on deals, it was “facing pressure to go out and buy,” said Bryden Teich of Avenue Investment Management, after it missed out on another U.S. deal to Bank of Montreal in December.

Teich too expressed concern about First Horizon’s recent merger, pointing to a commercial real estate loan book that nearly tripled between 2019 and 2020, and consumer property lending that almost doubled. Even so, First Horizon’s loan book size remains less than a tenth of TD’s total.

“First Horizon is an extremely well-managed premier regional bank with a strong presence in highly attractive markets across the U.S. Southeast,” TD said in a statement. “We have a proven track record of successful integrations and have full confidence the same will hold true for this deal.”

First Horizon also has higher expenses than its typical peers, making it a questionable fit for TD, Christopher Whalen of Whalen Global Advisors said in a research note on Thursday.

First Horizon’s fourth-quarter expenses excluding one-time items as a proportion of revenues – the efficiency ratio – was 63.3%, and nearly 71% overall. That compared with 59% for its peer group, according to a report https://www.ffiec.gov/npw/FinancialReport/ReturnFinancialReportPDF?rpt=BHCPR&id=1094640&dt=20210930 from a U.S. regulatory panel. TD’s U.S. expenses were 57% of revenues, its first-quarter results showed.

The majority of First Horizon’s loans are tied to short-term rates, which will boost interest income and lower the efficiency ratio when interest rates rise, the bank’s Head of Investor Relations Ellen Taylor told Reuters.

Whalen also said TD’s lending in the United States was underwhelming. TD’s U.S. loans accounted for less than one-third of its total assets there, compared with a peer average of 59%, with much of the rest in debt securities, according to a regulatory report https://www.ffiec.gov/npw/FinancialReport/ReturnFinancialReportPDF?rpt=BHCPR&id=3606542&dt=20210930.

But TD’s assurance it will maintain First Horizon locations, invest in retaining staff and make an additional payment to the target’s shareholders if the deal is delayed would curry favour with regulators, said Kingwest & Co Portfolio Manager Anthony Visano.

“We have a very good relationship with the regulator,” TD Chief Financial Officer Kelvin Tran said in an interview. “The regulator needs to go through their process.” 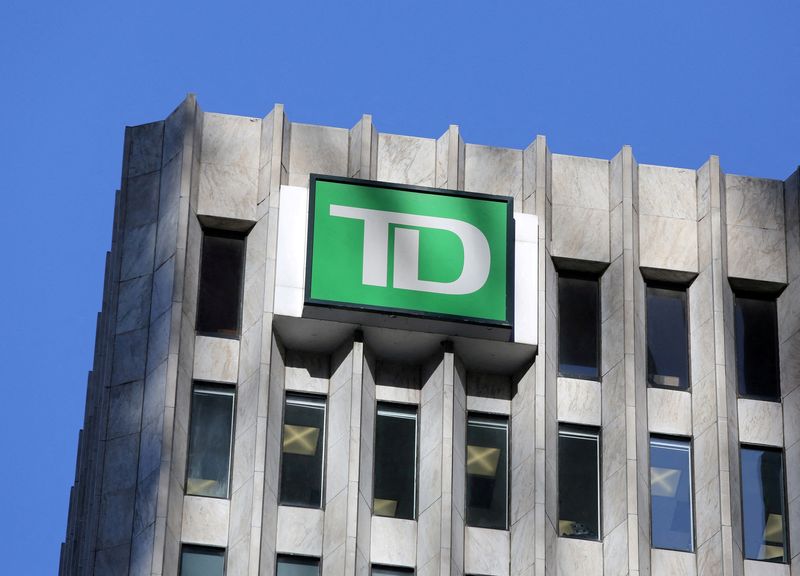