By Joan Faus and Supantha Mukherjee

BARCELONA – Geopolitics and technology intertwined at the Mobile World Congress this week as more than 61,000 people gathered in the Spanish city of Barcelona even as Russia’s invasion of Ukraine overshadowed one of the pandemic’s most-attended conferences.

Before the start of the congress, it had said a handful of Russian firms and people would be banned because of sanctions, but declined to specify how many did not come beyond saying the impact was minimal.

In-person conferences worldwide came to a halt at the start of the pandemic and are only slowing picking up again. Last year’s MWC only drew about 20,000 attendees, a far cry from 110,000 in 2019. Other events such as CES in Las Vegas attracted around 45,000 attendees earlier this year, down from 200,000 before the pandemic.

The number of attendees at this year’s MWC exceeded expectations.

He said the pandemic has made people appreciate the benefits of socialising at large conferences, visible in packed networking terraces across the sprawling congress grounds.

Top executives of companies from more than 100 countries took the stage to condemn Russia’s invasion, announce a halt to their Russia operations and detail support for local employees.

Software publisher Kaspersky Labs was one of the Russian companies present, while Ukraine’s biggest mobile operator Veon was also there.

Some attendees wore ribbons in Ukraine’s national colours, handed out by protesters who gathered at the entrance holding a sign that read “Cut Russia off, no tech for aggressor”.

But on the crowded floors of the event, telecom buzzwords such as 5G and edge computing were still the most-discussed topics. 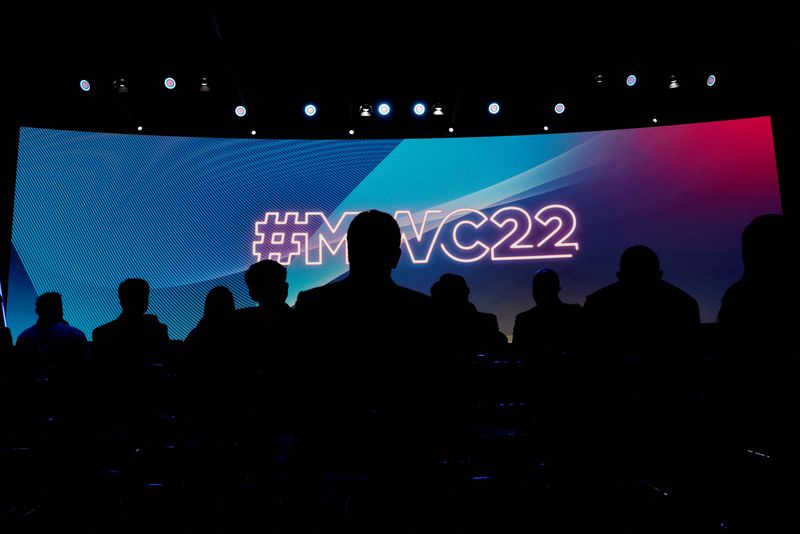 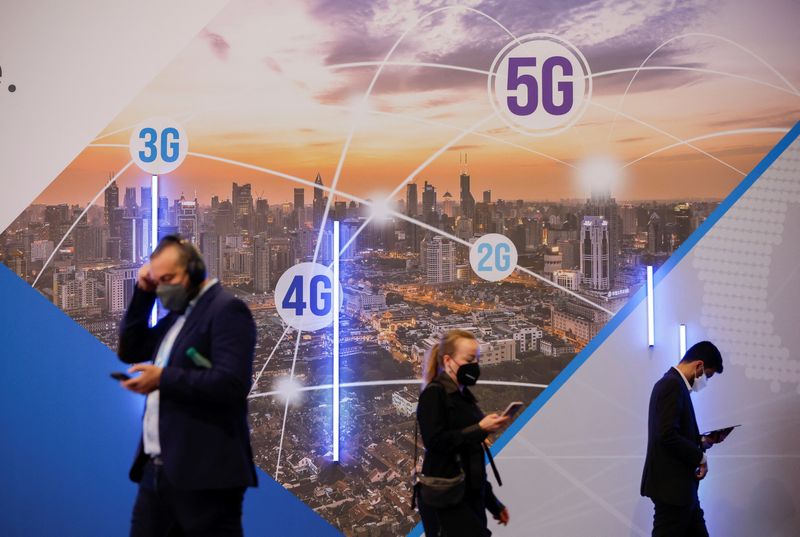 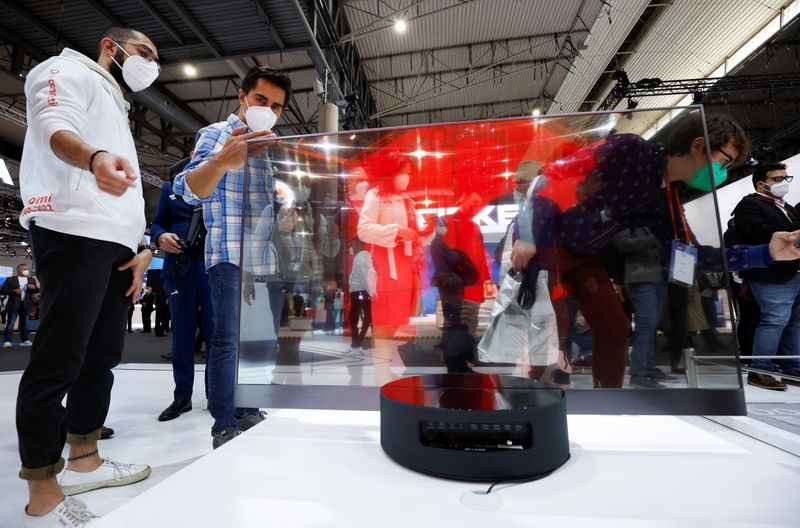 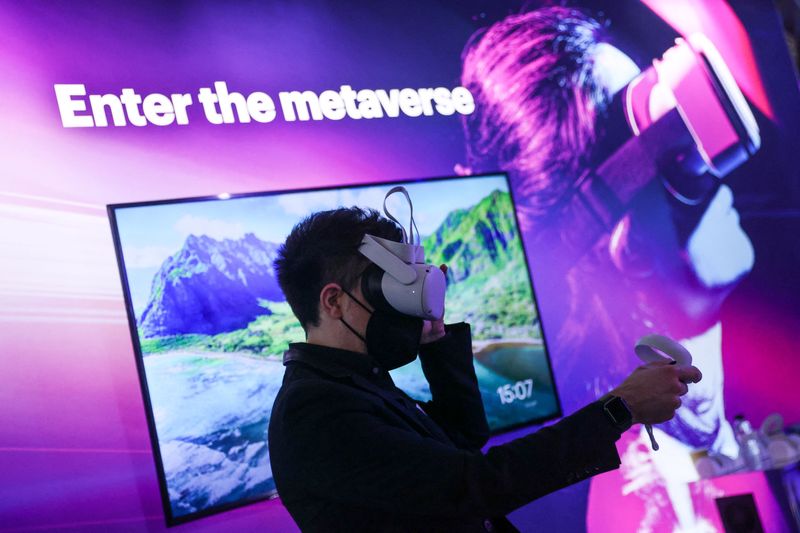