Western sanctions against Moscow have upended the financial sector, but the main hit to banks are the threats to the economic outlook and the prospect of higher interest rates.

Investors worry banks will need to again hike loan loss provisions, which had been declining after the pandemic-driven spike in 2020. The crisis is also reducing the chances of higher interest rates, which would have boosted income from lending.

Some banks, however, are also directly exposed.

Italian and French banks have the largest Russianexposure, representing just over $25 billion each at the end ofSeptember, followed by Austrian banks with $17.5 billion, Bank of International Settlements data shows.


Following are some banks with significant Russianexposure.

RBI has operated in Russia since the collapse of the SovietUnion and its business there contributed almost a third of its net profit of 1.5 billion euros last year.

RBI’s said its overall Russian exposure totalled 22.85 billion euros at end of last year, more than half relating to the corporate private sector.

The overall figure comprises 11.6 billion euros in customerloans (or 11.5% of group), more than 80% in roubles.

Cross-border exposure to Russia is only 1.6 billion euroswith no parent funding from Vienna. RBI also holds 2.2billion euros in loans to Ukrainian customers.

Societe Generale, which controls Rosbank, had 18.6 billion euros of overall exposure to Russia at the end of last year – or 1.7% of the group total.

Last week it said it could withstand an extreme scenario where its Russian business is confiscated, which would shave only half a percentage point off its core capital.

The Italian bank’s overall exposure to Russia totalled 14.2 billion euros as of mid-2021. That includes 8 billion euros in loans extended by its Russian arm.

The rest are off-balance sheet items and cross-border loans mainly granted by UniCredit to large companies outside Russia.

A complete write-off of the Russian business would cost UniCredit around 1 billion euros, knocking about 35 basis points off its core capital ratio.

UniCredit has said its Russian franchise accounted for just 3% of group revenues and provisions covered 84% of its local non-performing exposures.

The French bank said on Monday its overall exposure to Russia, including both onshore and offshore items, totalled 6.7 billion euros, or 0.6% of its total commercial lending portfolio as of Dec. 31, 2021.

Credit Agricole said it was monitoring closely its exposures to Russia, but there would be no impact on its 2021 dividends.


Italy’s biggest bank has financed major investment projectsin Russia, such as the Blue Stream gas pipeline and the sale ofa stake in oil producer Rosneft. It handles more thanhalf of all commercial transactions between Italy and Russia.

Its subsidiaries in Russia and Ukraine have assets, respectively, of 1 billion and 300 million euros, which together represent just 0.1% of the group total.

Intesa has said it was conducting a strategic review of its Russian presence.

The Dutch bank has around 4.5 billion euros in outstandingloans with Russian clients and around 600 million euros withclients in Ukraine, out of a total loan book worth more than 600billion euros.

Citi said last week its total exposure to Russia amounted to nearly $10 billion and it was working to bring it down.


That comprises third-party exposures worth $8.2 billion, of which $1.0 billion in cash at the Bank of Russia and other financial institutions and $1.8 billion of reverse repos.

Citi also has $1.6 billion of exposures to additional Russian counterparties outside of its Russian subsidiary that are not included in that $8.2 billion.

By comparison, Goldman Sachs reported last month $293 million in net exposure to Russia, as well as a total of $414 million of market exposure as of December 2021. 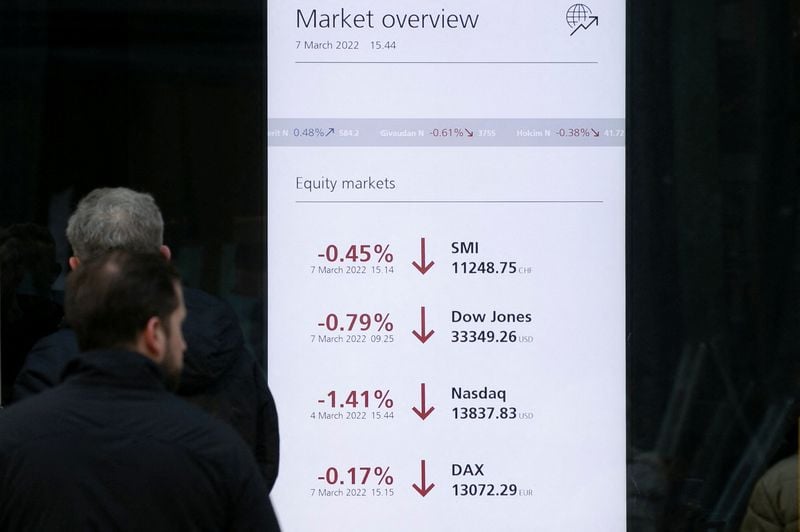 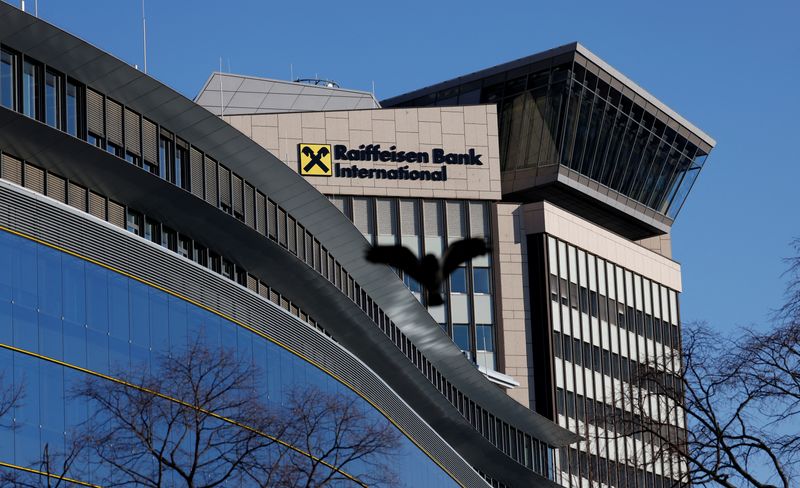