– Minneapolis teachers and teacher aides picketed outside schools across the city on Tuesday in the first day of a strike after their unions failed to reach an agreement with the state’s largest district on a new labor contract.

Hundreds of teachers marched in front of schools across the city on Tuesday morning waving picket signs and chanting slogans as passing motorists honked horns.

“We are here to intervene. We are reclaiming our schools because our kids deserve better and our city deserves better,” Greta Callahan, president of the Minneapolis Federation of Teachers, said at a news conference.

Amanda Dobbs, a parent with three children in Minneapolis schools, brought snacks for teachers walking the picket line in front of a local school building and salt to melt the icy coating on the sidewalks. With temperatures hovering around freezing, it was a relatively mild morning in the city for early March.

“They cannot serve our children if they are not supported,” said Dobbs, 42. “Those teachers are spread thin and have given everything that they have.”

The unions are demanding what they consider a livable wage for education support professionals, who currently make an average of $24,000 a year. They also want the district to reduce classroom sizes, and hire more teachers of color, social workers and counselors.

The district can afford the extra expenditures given the state of Minnesota’s $9 billion budget surplus, the unions said.

The district has countered by saying it faces a $97.2 million budget shortfall for the coming fiscal year, and that the gap between what the union is demanding and what the district can afford amounts to millions of dollars.

The district said in a statement that it would remain at the bargaining table in hopes of reducing the impact of the strike. It will also provide packaged meals to students at schools starting on Wednesday, although classes are canceled indefinitely.

(Reporting by Brendan O’Brien in Chicago; Editing by Leslie Adler) 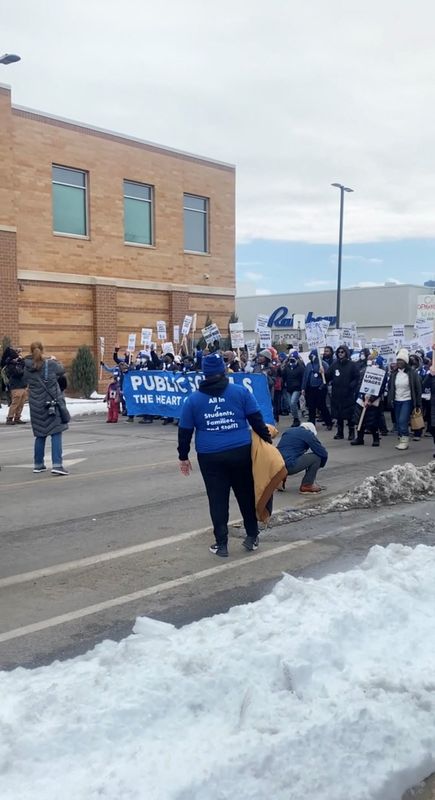 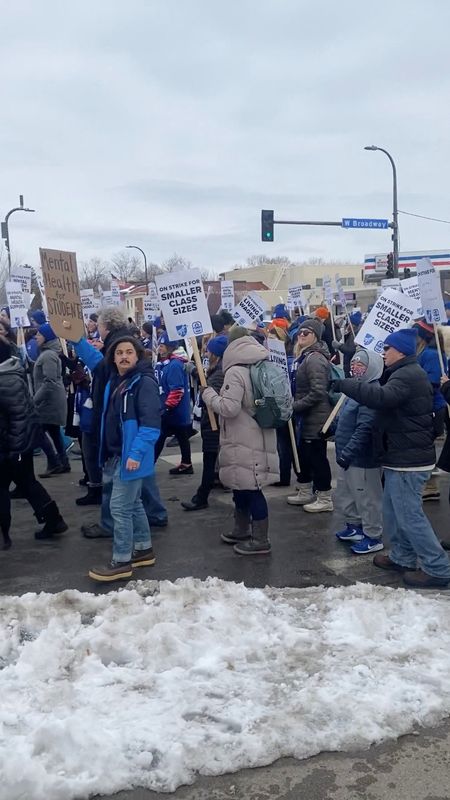 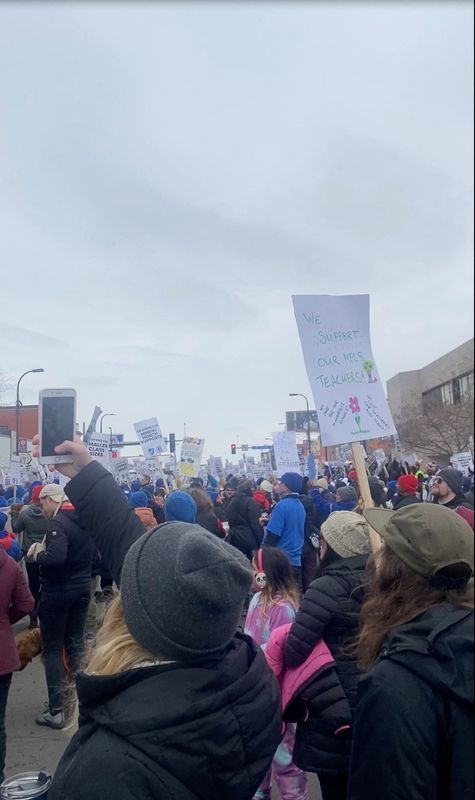