CHICAGO – When General Electric Co’s investors gather on Thursday, they will focus on a potential hit to company profits from persistent supply-chain and inflationary woes.

The Boston-based industrial conglomerate last month warned that its profits would suffer in the first half of this year from supply and labor issues.

Roughly two years into the coronavirus pandemic that has snarled supply chains across the globe and driven up costs for everything from labor to raw materials, companies of all sizes are scrambling not just to produce enough to feed current demand — but to also restock inventory shelves.

A run-up in global commodity prices following Russia’s invasion of Ukraine has only worsened the situation.

While GE continues to back its earnings estimates for this year, mounting concerns about supply chains and inflation have led to a 13% fall in its shares since mid-January.

In January, GE said it would return to revenue growth this year. It also expects to grow its profit margin by 150 basis points and to generate $5.5 billion to $6.5 billion in free cash flow.

The company has said it is raising prices and trying to keep a lid on costs. It is also trying to source alternative parts to help deal with shortages.

GE is expected to reiterate its full-year earnings outlook on Thursday. Nicholas Heymann, an analyst at William Blair, says Wall Street is now more focused on GE’s ability to pursue profitable growth as debt reduction and cash flow have become less of a concern.

Similarly, the fallout of Western sanctions on Russia is also expected to be a topic of discussion.

Russia accounts for about 1% of GE’s revenue. On Tuesday, the company said it has suspended its operations in the country and is working with authorities to ensure compliance with sanctions.

The shift in focus away from GE’s balance sheet could be a relief for its investors after declining sales, crushing debt levels and operating challenges had put the company into a survival mode.

Those measures have led to an improvement in the company’s balance sheet, allowing it to reduce debt by $87 billion. In a sign of growing confidence, the company’s board has authorized a $3 billion share buyback program.

With its turnaround gathering steam, GE last November announced it would split into three public companies.

It plans to spin off its healthcare business into a separate publicly traded company next year. It would combine its power and renewable energy units, and spin off that operation in 2024. Following the split, it will become an aviation company, headed by Culp.

Some analysts, however, say the timeline for the spin-offs could be brought forward. On Thursday, they expect GE to provide an update on the breakup timing.

“We believe the market under-appreciates that the timing of the three-way breakup could happen faster,” said analysts at RBC Capital Markets in a note. 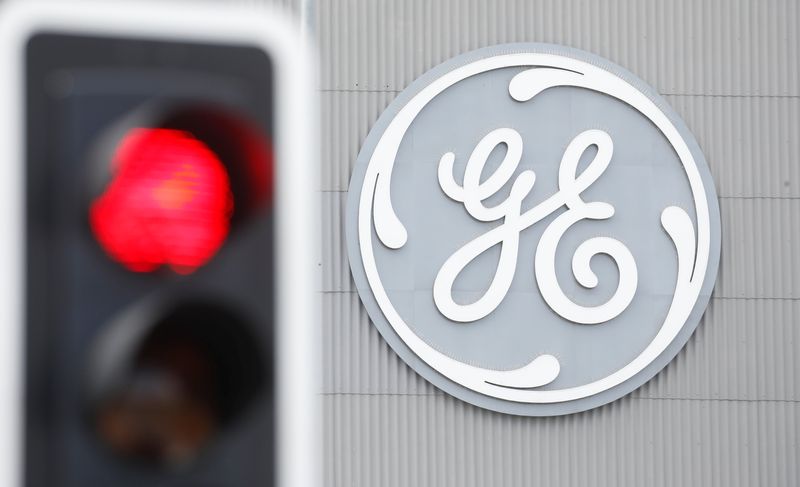