“I am sure this tragic event will create higher coordination and spending in defence (in Europe),” Leonardo Chief Executive Alessandro Profumo told an analysts call, adding that Leonardo was already part of several EU programmes including the recently signed EuroMale air drone and Tempest fighter jet project.

Denmark, Poland and Sweden have all said they will ramp up defence spending with war at their doorstep.

The state-controlled group expects its cash flow to more than double this year compared with 2021, reaching 500 million euros.

Cash generation is expected to continue to grow in the coming years, driven by an increase in sales coming from its governmental and defence businesses, CFO Alessandra Genco said.


Last year 88% of its 14.1 billion euros in revenue came from these activities, while the production of parts for commercial aircraft shrunk, forcing the group to restructure its Aerostructures division.

Despite restructuring costs worth 70 million euros and cash absorption from the Aerostructures division, the group recorded a jump in net profit to 587 million euros.

Shares in Leonardo rose more than 12% at 1100 GMT in Milan to touch their highest in more than two years.

The state-controlled group said it had limited activities in civil helicopters in Russia and suspended the business following the Russian invasion of Ukraine.

Leonardo said it saw growth in the aero, defence and security market averaging about 6% over the next five years and its target market represented about a fifth of the total.

The company added that it had no significant exposure to Russia or Ukraine. 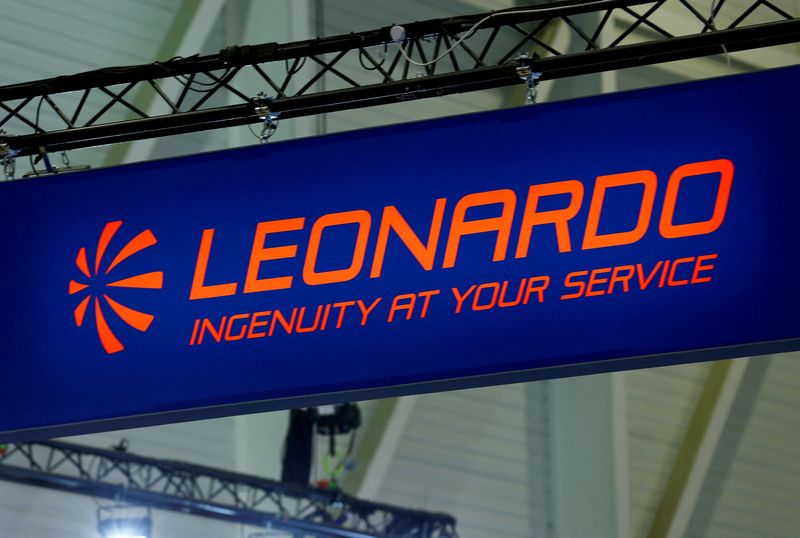