By Alistair Smout and Andrew MacAskill

LONDON -Russia might use chemical weapons in Ukraine in a “false flag” attack to provide a retrospective justification for its invasion, but there is nothing to suggest a broader use of such weapons in the war, Western officials said.

Russia’s war in Ukraine has entered a third week with thousands of people killed, more than two million made refugees and people cowering in besieged cities under relentless bombardment.

“We think that chemical weapons could be used in a false flag attack to provide a retrospective justification for Russia’s invasion of Ukraine,” one of the officials said on Friday.

“The context that we’ve been looking at it in is from a false flag perspective. Clearly, whilst the Russians are highly likely to have a chemical weapons capability, there is nothing to suggest that they intend to use at this point in a major escalation of the current conflict.”

The comments came after the United States this week denied renewed Russian accusations that Washington was operating biowarfare labs in Ukraine. It called the claims “laughable” and suggested Moscow may be laying the groundwork to use a chemical or biological weapon.

This could suggest Russian “troops are unable to make decisions of their own and lack situational awareness, or where they are fearful of moving forward, at which point more senior officers come forward to lead from the front,” the official said.

The officials said the Russian forces’ advance had been slowed by logistical problems, low morale and Ukrainian resistance.

Overall, Russia has lost about 5,000 to 6,000 soldiers, they said. Ukraine says its forces have killed more than 12,000 Russian troops. Russia has confirmed about 500 losses. 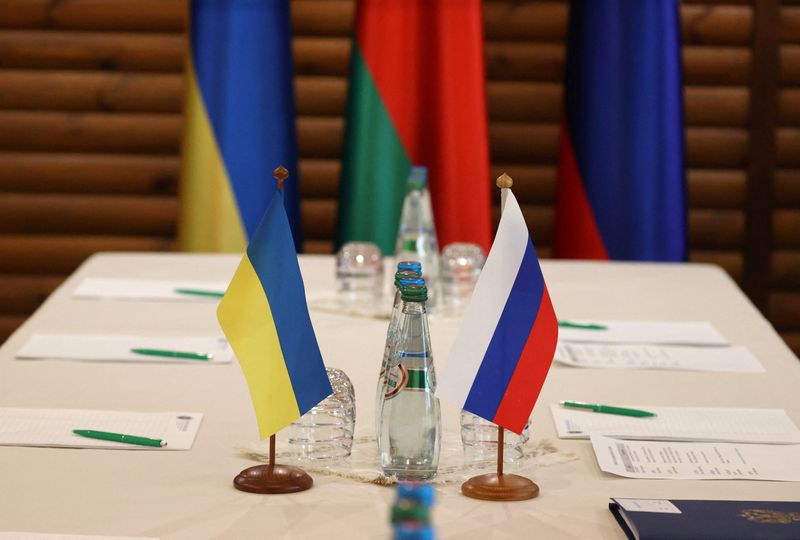