WASHINGTON – Philadelphia is plugging a massive budget hole opened by COVID-19, avoiding layoffs and the closing of swimming pools. St. Louis is handing out $500 checks to 10,000 needy families. Denver has set aside $28 million for affordable housing units amid spiraling rental costs.

With revenues still crimped by COVID-19, these U.S. cities can fund those initiatives thanks to a $350 billion bucket of coronavirus aid money for state and local governments enacted a year ago Friday.

Allocated based on population, income and unemployment levels, some 70% of that money is already sitting in municipal treasuries. But many state and local governments are just now starting to spend it.

Philadelphia is devoting its entire $1.4 billion allocation to make up for lost revenue when suburban residents stopped paying the city’s 3.45% wage tax during the pandemic while they worked from home instead of commuting to city offices, Del Bianco said.

The funds will add over $250 million a year to the city’s $5.3 billion annual budget over five years. Should revenues recover more quickly, the city will consider other uses, she added.

Many mayors and county executives have never seen this kind of cash windfall.

“This is a sort of once-in-a-generation level of investment in state and local governments,” said Alan Berube, senior fellow with Brookings Metro, an urban policy think tank in Washington.

Such needs were meant to be funded in Biden’s $2 trillion “Build Back Better” spending package, which had proposed funding for childcare subsidies, education, job training and tax credits for green energy technologies.

Although the plan stalled after objections from Democratic Senator Joe Manchin, the Biden administration is still pushing for key elements, now marketed as “Building a Better America.” But that, too, faces uncertainty as mid-term congressional elections loom and Russia’s invasion of Ukraine diverts attention.

Some cities late last year began to use ARP funds to set up cash payment programs for low-income residents, but without longer-term funding, it is unclear how these can be sustained.

Deputy Treasury Secretary Wally Adeyemo said he views the money as a complement to Biden’s social investment agenda, not a substitute.

“They’re both trying to address a similar set of challenges – a classic underinvestment in our human capital and the infrastructure that makes our communities run,” Adeyemo told Reuters in an interview.

The ARP funding bridges a gap during COVID-19, but the administration will “try to make longer-term investments that would deal with this challenge over time,” he said.

Many local governments, particularly in smaller communities, had held off on committing funds due to lack of clarity on allowable spending and to see what they might get from Biden’s $1.2 trillion infrastructure package and the social spending bill, said Vicki Vogel Hellenbrand, public sector practice leader at consulting group Baker Tilly.

“Based on our client base, unless they were going to spend the money on a pretty clear water project, people were waiting a little bit to see the final rules,” Hellenbrand said.

She said the new rules ease documentation burdens on smaller towns by granting them an automatic “allowance” of up to $10 million – often more than their entire allocation – that can be used for revenue replacement.

Michelle Thorpe, owner of Above and Beyond Learning Center, said she put her $10,000 grant towards buying a van for trips to parks and libraries. She plans to start looking for a larger space later this year.

“I want to grow because there’s only 19 kids here. I have plans and I have dreams,” she said. 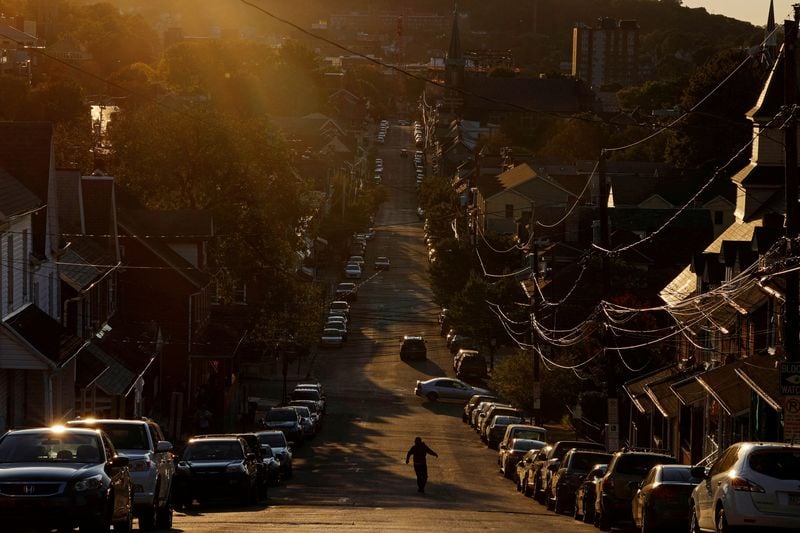