-Flexible workspace provider WeWork Inc said it expects 2022 revenue to jump at least 30% amid demand for office space from companies switching to a hybrid model of work.

The COVID-19 pandemic has pushed companies to offer employees to work from places other than their offices, benefiting workspace providers such as WeWork, which offers workstations, private offices and customized floors.

Softbank-backed WeWork’s business has also recovered due to easing of COVID-19 curbs, after work-from-home arrangements last year weighed heavily on the company amid reduced occupancy and higher operating costs.

The switch to a hybrid work model had also lifted WeWork’s London-listed rival IWG, which reported a smaller loss on Tuesday.

WeWork, which went public in October last year after a near two-year struggle, was aided further by chief executive Sandeep Mathrani’s push to cut costs by exiting unprofitable leases and selling non-core assets.

On Friday, WeWork said it expects revenue between $900 million and $1 billion in the third and fourth quarter of 2022, which is the range it expects to become profitable on an adjusted EBITDA basis.

Long-term lease obligations, a closely-watched metric given the company generally leases real estate, fell about 11% to $17.93 billion as of Dec. 31.

Revenue rose about 9% quarter-on-quarter to $718 million. 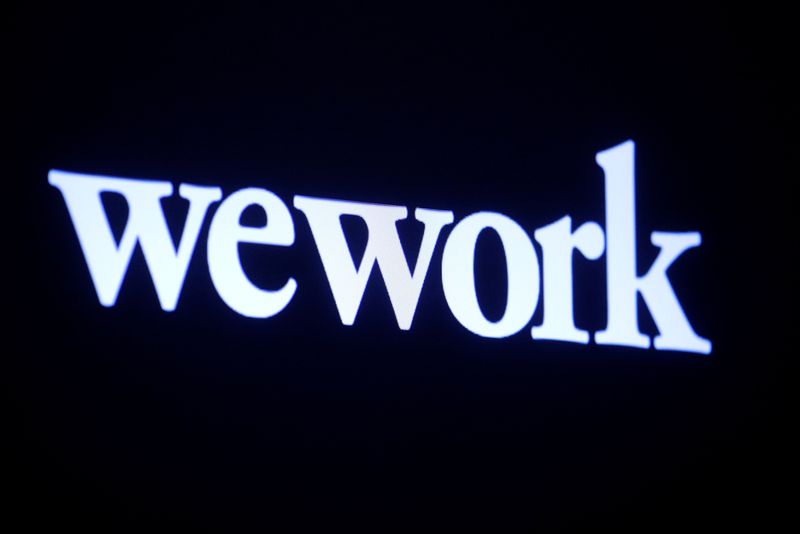