SHANGHAI -Shares in Yum China and four other Chinese companies tumbled on Friday after they were ensnared in an auditing dispute between Beijing and Washington, though China’s securities regulator said it was confident they could reach a deal.

Yum China Holdings, the owner of KFC, Taco Bell and Pizza Hut restaurants in China, said it may have to delist from the New York stock exchange by 2024 after U.S. authorities said it had failed to provide access to audit documents.

Its Hong Kong-listed shares fell as much as 12% on Friday, having closed 11% lower in New York.

Washington is demanding complete access to the books of U.S-listed Chinese companies, but Beijing bars foreign inspection of working papers from local accounting firms – a long-simmering auditing dispute that puts hundreds of billions of dollars of U.S. investments at stake.

In December, the U.S. Securities Exchange Commission (SEC) said it had identified 273 companies that were at risk, without disclosing names. It named five of these firms including Yum China for the first time this week.

In an apparent attempt ease investor panic, China’s securities regulator said on Friday it was confident it would reach an agreement with U.S. counterparts to solve the dispute.

“We always adhere to the spirit of openness and cooperation, and are willing to resolve the issue … through regulatory cooperation,” the China Securities Regulatory Commission (CSRC) said in a statement early on Friday, calling the latest SEC statement “normal procedure.”

The CSRC and China’s Ministry of Finance have recently been in continuous communication and dialogue with the U.S. Public Company Accounting Oversight Board (PCAOB), and “have made positive progress,” it said.

Separately, two sources with direct knowledge of the talks told Reuters on Friday the discussions were proceeding smoothly.

“The next step for both parties is to continue to advance in depth on more details,” said one source. The other source said a consensus was expected “as soon as possible.”

Hong Kong’s Hang Seng Tech Index fell as much as 9% on Friday, before recouping some losses to close down 4.3%.

BeiGene, whose shares fell 4.9% in Hong Kong and 6% in New York, said in a filing it was seeking solutions.

ACM Research said it was looking for solutions and Zai Lab said its inclusion “will not materially impact operations.” HUTCHMED did not immediately respond to requests for comment.

“The atmosphere now is bad. We have Sino-U.S. frictions, the Ukraine crisis, prospects of rate hikes and more,” Yip said. “So it’s natural for investors to look on the dark side.”

Bruce Pang, an analyst at China Renaissance, said the main reason the five companies were identified by the SEC was that they were the first few companies that already filed their 2021 annual reports.

“However, this list has returned delisting risk to the forefront, as regulators look to proceed step by step with stricter requirements on disclosure and compliance.”

The SEC has given these companies until March 29 to submit evidence to dispute their identification. 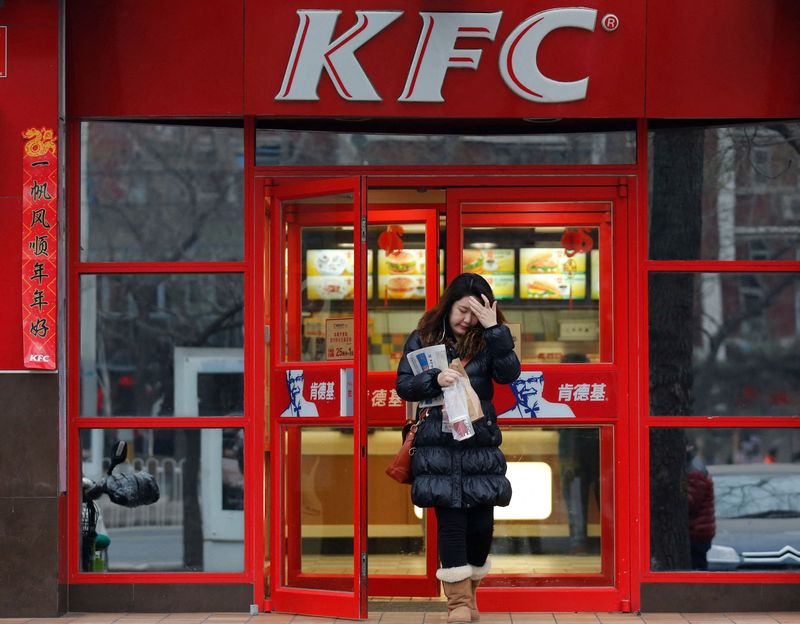