VIENNA – Iran has defied Western powers by converting some of its uranium enriched to near weapons-grade into a form less easily recovered, diluted and shipped out of the country, a report by the U.N. nuclear watchdog on Wednesday showed.

The move is unlikely to wreck indirect talks between Iran and the United States to revive the 2015 Iran nuclear deal but it will make it harder to implement any resulting agreement to return to the limits on Iran’s stock of enriched uranium.

U.S. allies France, Britain and Germany, which are involved in the talks, said as much in a joint statement https://www.gov.uk/government/news/e3-statement-to-the-iaea-board-of-governors-on-the-joint-comprehensive-plan-of-action-march-2022 issued last Tuesday in which they demanded that Iran not carry out the work.

“We strongly urge Iran to avoid undertaking any new escalations and in particular, call upon Iran to immediately cease all activity related to conversion of highly enriched uranium, which will have practical implications for returning to JCPoA limits,” they said in the statement, calling the deal by its full name, the Joint Comprehensive Plan of Action.

The agreement, which diplomats say is nearing completion, would require Iran to get rid of its stock of uranium enriched above the deal’s limit of 3.67% purity. Its most highly enriched uranium is roughly 60%, close to the 90% of weapons grade, of which it has about 33 kg (73 lb).

Until its latest move outlined in last Thursday’s International Atomic Energy Agency report to member states, Iran’s stock of uranium enriched to up to 60% was all in the form of uranium hexafluoride, the feedstock for uranium-enriching centrifuges. Uranium hexafluoride can easily be diluted and transported, a process delegates at the talks have been discussing for months.

The confidential report, seen by Reuters and summarized in a short statement by the IAEA, said that between March 6 and March 9 the IAEA verified that Iran had converted 2.1 kg (4.6 lb) of its up to 60% uranium into 1.7 kg (3.8 lb) in a different form enriched to the same level suitable for making small “targets” for irradiation.

Irradiating such targets produces molybdenum-99, a medical isotope that produces another one widely used in medical diagnostic imaging. What remains of the target includes highly enriched uranium in a form that must be processed to recover it.


On March 11 and 13 the IAEA verified Iran had produced 32 targets containing a total of 186.7 grams (6.6 ounces) of uranium enriched up to 60%, the report said, adding that Iran later declared they had all been irradiated.

The agency then verified on March 15 that Iran had produced another batch of 56 targets containing a total of 329 grams (11.6 ounces) of uranium enriched to the same level, the report said. 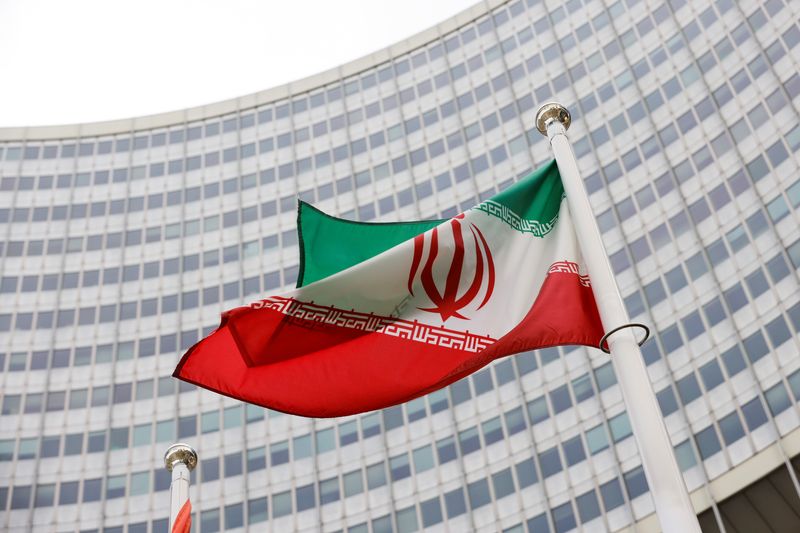