-The Pentagon will request 61 F-35 stealth warplanes from Lockheed Martin Corp in its next budget, 33 fewer than previously planned, Bloomberg News reported https://www.bloomberg.com/news/articles/2022-03-16/lockheed-s-tardy-f-35-is-hit-with-a-35-cut-in-2023-u-s-budget on Wednesday, citing people familiar with the matter.

Lockheed, whose shares were down 6.4% in early trading, said in a statement that it was “premature” to speculate about the proposed budget.

“The Department (of Defense) cannot confirm specific budget details until after the FY23 President’s Budget is released,” a Pentagon spokesperson said.

Reuters reported last month that U.S. President Joe Biden was expected to ask Congress for a defense budget exceeding $770 billion for the next fiscal year, compared with $778 billion in 2022.

The budget is expected to benefit the biggest U.S. defense contractors, including Lockheed, Northrop Grumman Corp and General Dynamics Corp.

“This is a significant issue for the program,” Cowen analyst Roman Schweizer said, referring to the news on request for fewer F-35s.

Several factors from high operating and maintenance costs to difficult contract negotiations might have contributed to the development, Schweizer said.

The F-35 is one of the world’s most advanced fighter aircraft and considered a highly sensitive export, sold only to the closest allies of the United States.

Lockheed Martin delivered a total of 142 F-35 fighter jets to the United States and its allies last year, three more than originally planned.


(Reporting by Kannaki Deka and Nathan Gomes in Bengaluru; Additional reporting by Susan Heavey in Washington; Editing by Shinjini Ganguli and Aditya Soni) 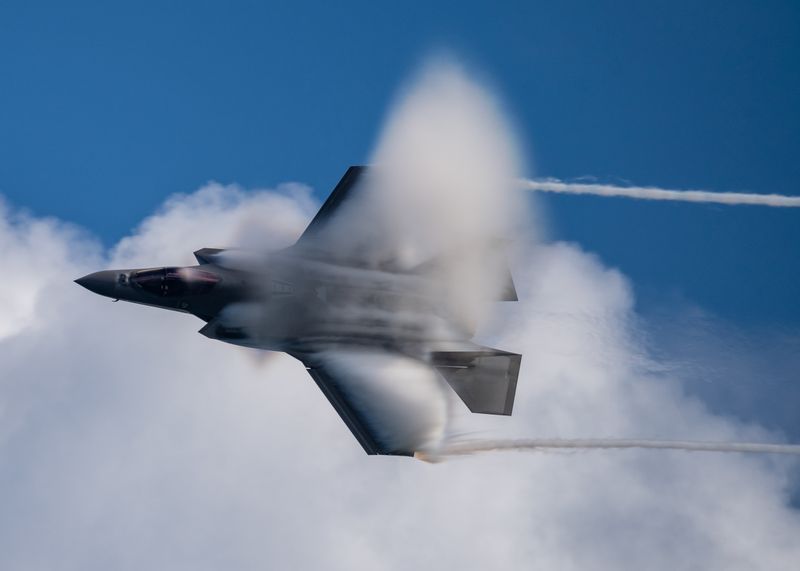