By Jarrett Renshaw and Steve Holland

BRUSSELS -U.S. President Joe Biden landed in Brussels on Wednesday in the middle of a dispute with European allies over whether to impose further energy sanctions on Russia over its invasion of Ukraine.

Russia supplies about 40% of the natural gas Europe uses, making it difficult for several European nations to ban Russian energy imports as the United States has.

Russian President Vladimir Putin said on Wednesday that Russia will seek payment in roubles for gas sales to “unfriendly” countries, a move that sent European gas prices soaring on concerns it would exacerbate the region’s energy crunch.

Moscow’s list of unfriendly countries corresponds to those that imposed sanctions and include the United States, European Union members, Britain and Japan, among others.

Reducing Europe’s reliance on Russian energy has been a “substantial” topic and the subject of “intense back and forth” in recent days, White House national security adviser Jake Sullivan told reporters on an Air Force One flight to Brussels.

Sullivan said Biden would have some news to announce on the topic on Friday with European Commission president Ursula von der Leyen on Friday.

Sullivan said G7 leaders will also agree on Thursday to coordinate on sanctions enforcement and plan to issue a statement.

A French presidency official noted that the European Union collectively trades more with Russia than the United States does and is more sensitive to sanctions against Russia.

“Americans have sanctioned Russian gas and oil, which is easier for them since they are producers. We will see what President Biden proposes tomorrow as extra effort,” the official told Reuters.

Sullivan said Biden will announce a U.S. package of Russia-related sanctions on political figures and oligarchs on Thursday.

Sources say some of the sanctions are expected to be targeted against members of the Russian lower house of parliament, the Duma.

The leaders will also discuss China. Biden had warned Chinese President Xi Jinping on Friday not to provide material support to Russia in its war against Ukraine.

Sullivan said the United States has yet to see evidence of Beijing sending aid to Moscow.

“But it’s something we’re watching every day,” he said.

Western leaders have grown increasingly concerned that Putin will use chemical weapons or otherwise escalate tactics four weeks into an invasion where his troops have failed to capture a single major Ukrainian city.

Leaving the White House on Wednesday, Biden said Russia’s use of chemical weapons in Ukraine is a “real threat.”

Sullivan said Biden will coordinate on the next phase of military assistance to Ukraine.

Sullivan also said Biden will discuss with allies in Brussels “how to deal with the rhetoric and commentary on potential use of nuclear weapons” by Russia. The United States has not changed its nuclear posture, he said.

In recent days, Russia and Western governments have traded accusations over the possibility of a chemical weapons attack in Ukraine without producing evidence to back their concerns.

Biden has vowed not to engage in direct conflict with Russia but has pledged the United States will defend all NATO territory. He has ordered more U.S. troops to NATO’s eastern flank to reassure edgy allies.

During his visit to Poland, a NATO member, Biden will visit U.S. troops and meet with experts involved in the humanitarian response to helping hundreds of thousands of Ukrainians who have fled their country and those who remain. 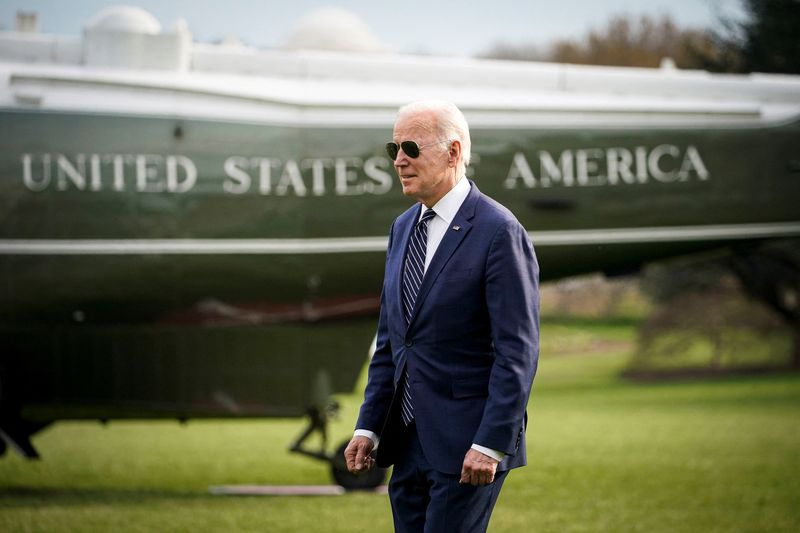 Defense Contractors Were Raking It In Even Before Russia’s Invasion: REPORT

Congress May Have Missed Its Chance To Break Up Big Tech

Dems’ Massive Tax And Climate Bill Will Only Put 11,000 Electric Vehicles On The Road, CBO Says

Defense Contractors Were Raking It In Even Before Russia’s Invasion: REPORT

Congress May Have Missed Its Chance To Break Up Big Tech

Dems’ Massive Tax And Climate Bill Will Only Put 11,000 Electric Vehicles On The Road, CBO Says