– Annual inflation in Russia accelerated to 14.53% as of March 18, its highest since November 2015 and up from 12.54% a week earlier, the economy ministry said on Wednesday, as the battered rouble sent prices soaring amid unprecedented Western sanctions.

Inflation accelerated sharply as the currency fell to an all-time low earlier in March and demand for a wide range of goods, from food staples to cars, rose sharply on expectations that their prices will rise further.

Weekly inflation in Russia slowed slightly to 1.93% in the week to March 18 from 2.09% a week earlier, taking the year-to-date increase in consumer prices to 7.67%, data from statistics service Rosstat showed on Wednesday.

In the week to March 18, prices on nearly everything from baby food to pharmaceuticals rose sharply, with prices for sugar and onions rising by more than 13%, Rosstat data showed.

The central bank, which targets annual inflation at 4%, held its key rate at 20% in March and warned of an imminent spike in inflation and a looming economic contraction. The bank expects inflation to slow to the target in 2024. 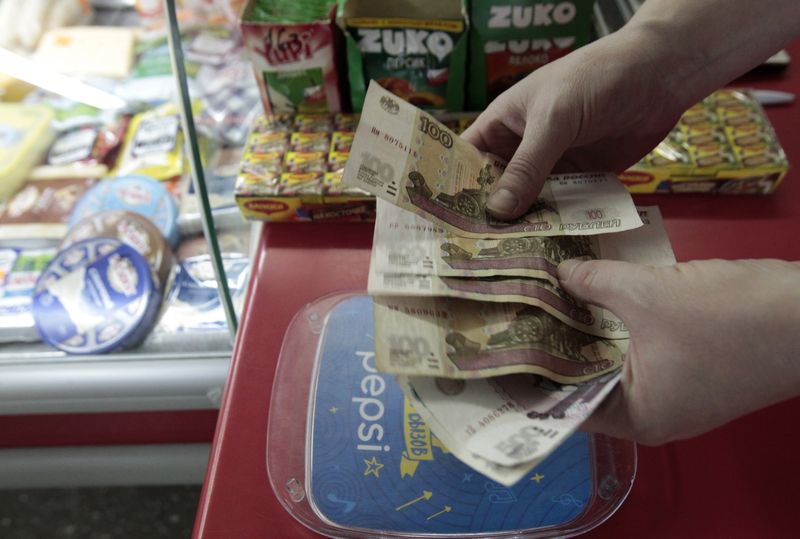