Russia said the accusations were baseless.

Relations between Russia and Central European countries that once formed part of its sphere of influence have long been fraught but the invasion of Ukraine has significantly increased fear and suspicion about Moscow’s intentions.

“In total, 45 people with varying diplomatic status… were ordered to leave the territory of the Republic of Poland within 5 days,” Foreign Ministry spokesman Lukasz Jasina told a news conference.

One person had been given 48 hours to leave, he added.

“Russia is our neighbour, it will not disappear from the map of Europe, but the aggression towards Ukraine proves that it is an unfriendly state, and even hostile to Poland.”

The 45 diplomats being expelled represented around half of those currently working at the embassy, he said.

The Russian ambassador to Warsaw was summoned to the foreign ministry. Afterwards, he said that there is no basis for the accusations made against the officials.


“They will have to go. This is a sovereign decision by the Polish side and they have the right to their own decision,” Ambassador Sergey Andreev told reporters outside the ministry.

Russia also has the right to take further steps, Andreev added, without going into detail about what those might be.

Poland’s decision to expel the diplomats follows similar decisions in the Baltic states and Bulgaria. 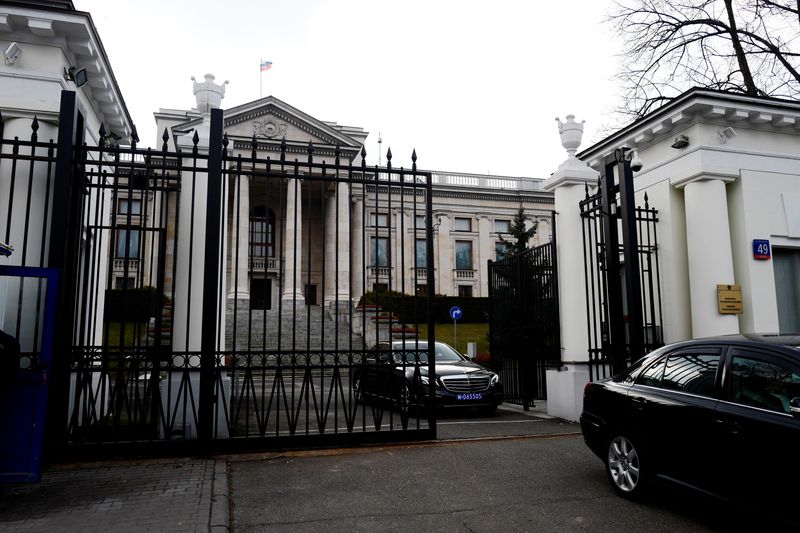