BOGOTA – Colombia’s central bank will raise its benchmark interest rate by the highest uptick in more than two decades when it meets next week, analysts said in a Reuters poll on Friday, as it seeks to control spiking inflation.

Thirteen of 16 analysts estimated the bank board will raise borrowing costs by 150 basis points to 5.50%, while two projected an increase of 125 basis points and one predicted a 100 point increase.

If the seven policymakers follow the majority projection, the uptick would be the largest since November 1999.

The market expects consumer price increases to continue to climb, above even the 8.01% 12-month figure reached in February, far from the bank’s long-term target rate of 3%.

“In this context the central bank needs to take decisions…and continue to accelerate the rate,” said Citibank economist Esteban Tamayo. “I expect in next week’s meeting it will be raised 150 basis points and in April there will be an increase of the same magnitude.”

February inflation data was a surprise for nearly everyone, bank board member Roberto Steiner said at the start of this month.

According to the median prediction in the survey, analysts expect the board to take the rate to 7.50% before the end of the year, well above the 5.75% estimated in the previous poll.

“Recent pressure of global and local inflation oblige the central bank to show more proactive management amid an inflation that will not stop rising,” said Wilson Tovar, head economist at Acciones y Valores.

“Though growth must be protected, the harm of acting timidly is not only more dangerous for the economy, but also puts in danger the bank’s credibility if it continues with a measured pace,” Tovar said. 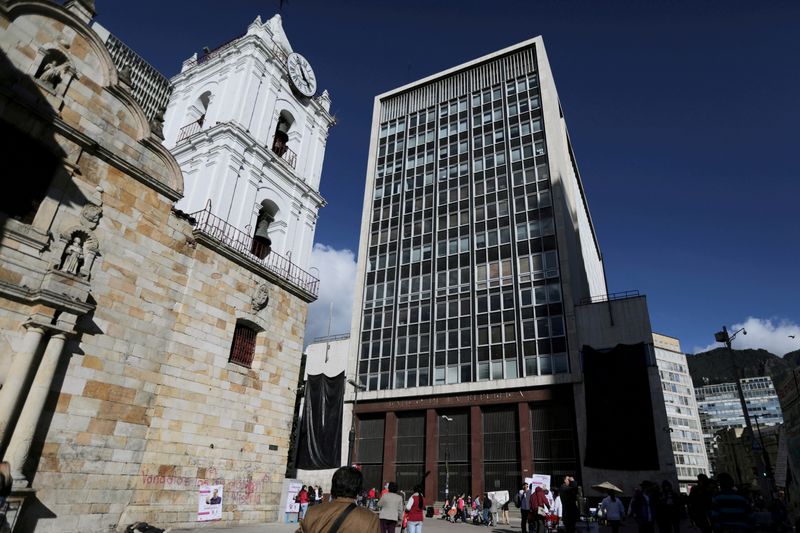