BRUSSELS (Reuters) – Companies affected by sanctions imposed on Russia and soaring energy costs are unlikely to get trillions of euros in state aid that businesses hit by the COVID-19 pandemic received because the impact is smaller, EU competition chief Margrethe Vestager said on Monday.

Vestager last week loosened state aid rules allowing firms to get up to 400,000 euros ($438,520) in state support and compensation up to 30% of energy costs after thousands of companies from airlines to automakers reported disruptions to their supply chains.

She told Reuters in an interview there was a big difference between the current situation caused by sanctions imposed on Russia for its invasion of Ukraine and the pandemic when more businesses were hit by national lockdowns, and that would limit the amount of aid handed out this time.

“It’s really early days, but I wouldn’t think so,” Vestager said, when asked whether European Union governments would end up again pumping trillions of euros into sanctions-hit companies.

“Because you don’t have sort of this blanket state intervention in how the market works, you know, having the states coming in, the governments coming in and basically just telling everyone to hibernate,” she said.

Vestager has so far approved more than 3 trillion euros ($3.29 trillion) in aid for pandemic-hit companies under relaxed rules adopted two years ago.

She reiterated that those rules will not be extended.

“The main part of the pandemic temporary framework is (for) that to end by mid year,” she said. 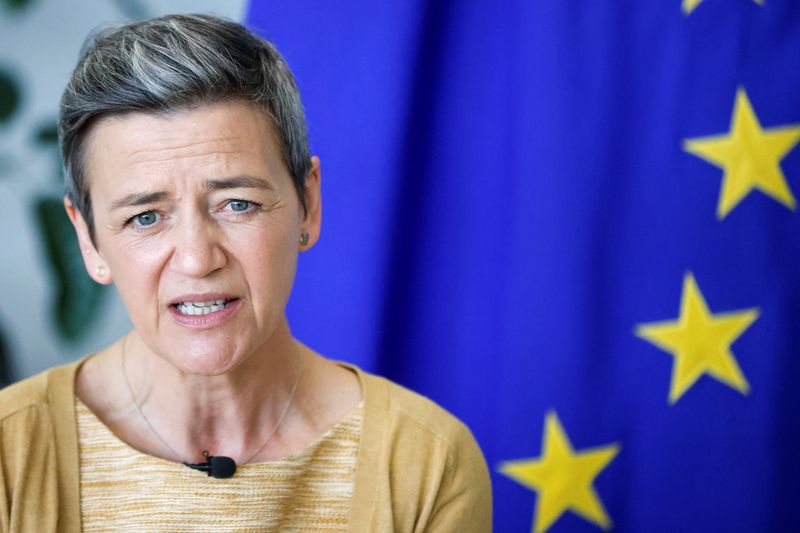