NEW YORK (Reuters) – U.S. prosecutors on Wednesday accused a Chinese citizen of seeking to pressure critics of China’s government living in the United States to travel to China, where they might face punishment.

Sun Hoy Ying, 53, was charged with two counts of acting and conspiring to act as an unregistered agent of the Chinese government, according to a complaint unsealed in Manhattan federal court.

U.S. prosecutors said the FBI has been investigating people who at the direction of China’s government were involved in a campaign, known as “Operation Fox Hunt” or “Operation Skynet,” to forcibly repatriate people whom China considered fugitives.

“Today’s charges reflect this office’s continued commitment … to combat transnational repression and bring to justice those who perpetrate it,” Damian Williams, the U.S. Attorney in Manhattan, said in a statement.

The charges were announced two weeks after federal prosecutors in Brooklyn accused five people of trying to spy on and intimidate Chinese dissidents living in the United States, including a candidate for the U.S. Congress. Three were arrested in that case.

Prosecutors said Sun used private investigators to surveil a U.S. citizen whose then-pregnant daughter was held against her will in China for eight months.

China’s government told the daughter not to seek help from the U.S. government, and that she could not leave China until she helped make the target to return there, prosecutors said.

Sun also worked with a co-conspirator, a U.S. law enforcement officer, to pressure another target of the operation to comply with China’s demands, prosecutors said. 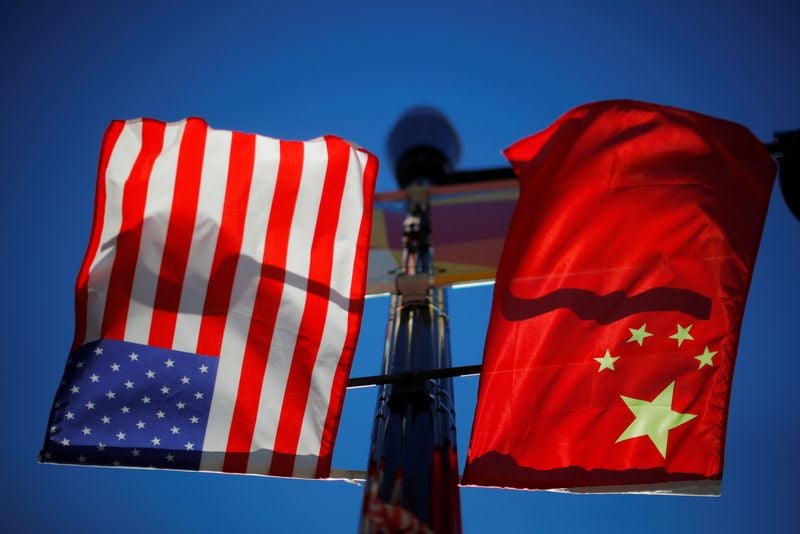