LONDON (Reuters) -The Intercontinental Exchange is considering shifting the clearing of contracts that underpin global debt markets away from London, two industry sources said on Wednesday.

A potential relocation to Chicago is being evaluated, the sources said of a move that could stoke fresh concerns about Britain’s post-Brexit role in global finance.

Clearing has become a politically sensitive topic since Britain left the European Union, with Brussels saying that UK-based clearing houses such as ICE Clear Europe and the London Stock Exchange’s LCH would no longer be able to serve customers in the bloc after June 2025.

The EU wants to build autonomy in clearing and end heavy reliance on London.

ICE, owner of the New York Stock Exchange and a futures exchange in London, is a major clearing house for credit default swaps (CDS) contracts, which are widely used by banks and investors as insurance against companies defaulting on bonds.

ICE says it clears about 95% of cleared corporate and sovereign CDS market, with 85% in Chicago and 10% in London.

The sources said it is asking customers in London if they could move CDS clearing to Chicago to increase efficiencies.

“The reason they are asking customers is that it reflects the way CDS clearing is done now,” one of the sources said.

ICE, which declined to comment, has EU permission to clear CDS trades for EU customers from its Chicago business.

Any move by ICE will be closely watched by London Stock Exchange-owned rival LCH, which operates CDSClear.

“CDSClear continues to expand, and we are looking to develop our services for a wider range of customers,” said Frank Soussan, global head of CDSClear.

While clearing was given a three-year reprieve, a bar on euro derivatives trading between Britain and the EU following Brexit has forced banks in the bloc to use platforms in New York to trade swaps with a UK counterparty.

Banks warn that efforts by Brussels to force euro derivatives clearing to move from London to the bloc could also see swathes of the activity ending up in the United States.

ICE shifted trading in 245 futures and options contracts in North American oil and natural gas liquids from London to the United States in February 2018 and moved its EU carbon trading from London to the Netherlands in June last year. 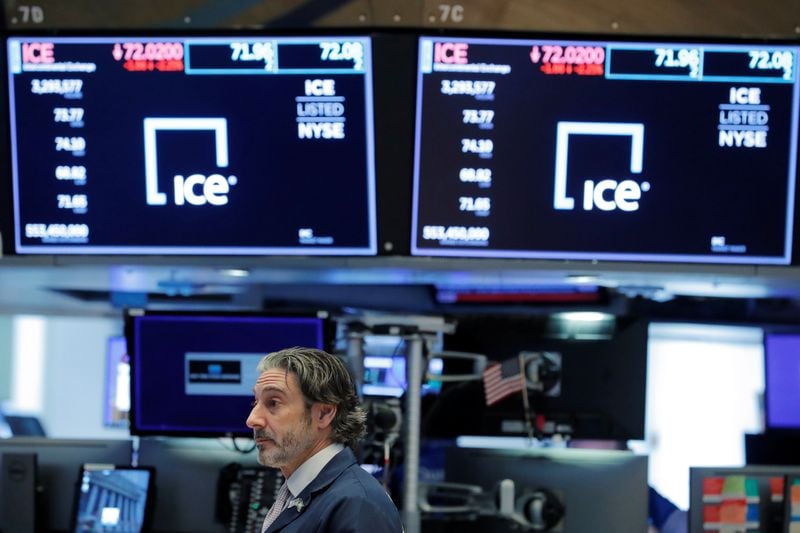 Oil edges up on strong economic data but trade choppy