Edwards rejected the map earlier this month, saying lawmakers should have created a second majority-Black district to account for the Southern state’s large and growing minority population. One-third of the state’s 4.7 million residents are Black.

Both legislative chambers voted on Wednesday to invalidate Edwards’ veto largely along party lines, with a two-thirds majority required.

Within hours, several civil rights groups — including the NAACP Legal Defense and Educational Fund and the American Civil Liberties Union — filed a federal lawsuit challenging the map as a violation of the federal Voting Rights Act, which protects minority voters from racial discrimination.

The new districts are similar to the state’s current map, which features one district that stretches from New Orleans to Baton Rouge, both of which have significant Black populations. The state’s congressional delegation has consisted of five white Republicans and one Black Democrat for the last decade.

Republicans have argued that a map with a second majority-minority district would break up other communities of interest and could result in districts with too narrow a Black majority to guarantee minority candidates would win.

States must redraw congressional and legislative lines every 10 years to account for population shifts. In most states, lawmakers control the process, allowing them to manipulate districts to create partisan advantage in a practice known as gerrymandering.

Only four states, including heavily populated Florida, have not finalized new congressional maps ahead of November’s midterm elections, when control of the U.S. Congress will be at stake. Democrats are considered underdogs to maintain their slight majority in the U.S. House of Representatives.

Edwards criticized the legislature at a news conference after the vote.

“Simple math and simple fairness means that two of those districts need to be minority districts,” he said. “That’s pretty easy to understand.”

A lawsuit challenging Alabama’s congressional map based on the Voting Rights Act reached the U.S. Supreme Court in February.

Five of the nine-member court’s conservative justices voted to overturn a lower court’s ruling and allow the map to be used in November’s election, signaling that the high court may be prepared to weaken the landmark civil rights law further. 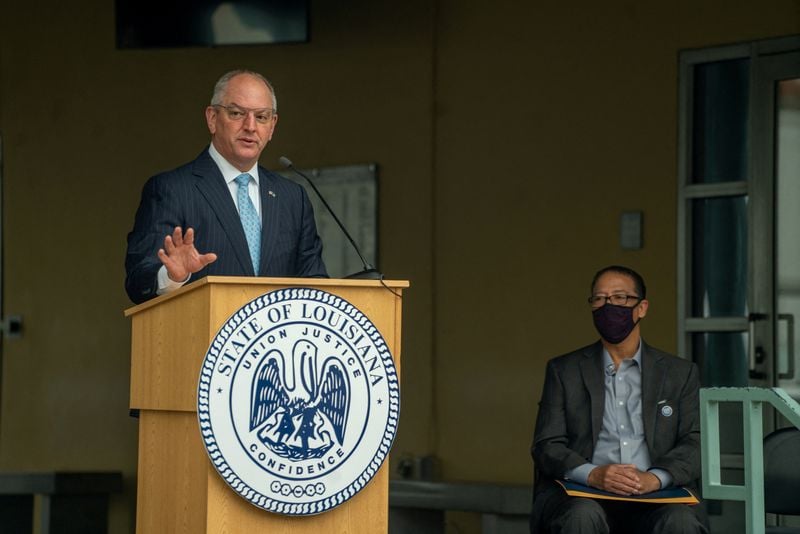