(Reuters) – The Victorian gambling regulator will launch disciplinary action and can impose fines of up to A$100 million ($75.82 million) on Crown Resorts after an inquiry found the Australian casino operator enabled illegal transfer of funds from China.

The Victorian Gambling and Casino Control Commission (VGCCC) said on Tuesday it will launch disciplinary proceedings into what is dubbed the “China Union Pay process”, which was uncovered at Victoria’s royal commission into Crown’s licence.

Crown said in a statement on Wednesday they will fully co-operate with the VGCCC on the royal commission report’s findings.

Shares of Crown were down 0.5% in early trading.

According to the Royal Commission into the Casino Operator and Licence (RCCOL), the China Union Pay process involved use of the China Union Pay bank card between 2012 and 2016 to “allow international patrons to access funds in order to gamble at Crown Melbourne,” evading Chinese currency restrictions.

RCCOL found that “Chinese patrons were assisted in illegally transferring up to A$160 million in funds.”

“As a first step, we are acting on the Royal Commission’s findings that Crown’s China Union Pay process breached important Victorian regulatory obligations, was illegal and constituted serious misconduct,” VGCCC Chair Fran Thorn said, with the regulator promising there will be more to come.

An inquiry in October had declared Crown unsuitable to hold a gambling licence in Melbourne, but allowed it to run its biggest-earning casino under supervision.


(Reporting by Harish Sridharan in Bengaluru; Editing by Sherry Jacob-Phillips) 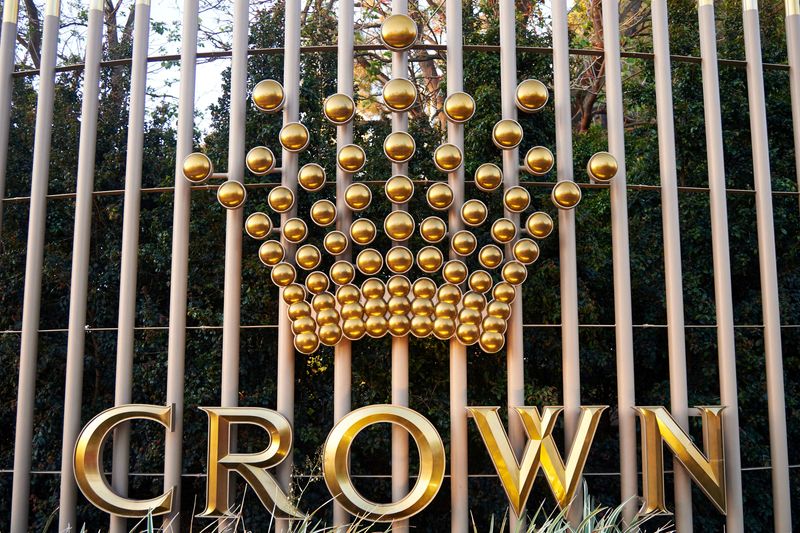