BENGALURU (Reuters) – The Bank of Canada will raise its overnight interest rate by 50 basis points at its next policy meeting on April 13, according to a majority of economists polled by Reuters, who also sharply raised their inflation forecasts for this year.

The central bank is expected to raise rates more swiftly than previously thought in coming months to control soaring inflation, caused in part by supply-chain disruptions and higher energy costs fueled by the Russia-Ukraine war.

After raising rates by 25 basis points to 0.50% in March – the central bank’s first hike since October 2018 as the economy recovers strongly from the COVID-19 pandemic – it was expected to follow up with another 50 basis points this month.

A majority of economists, or 18 of 29, in the March 31-April 6 poll are now calling for a 50 basis point hike this month, including the five biggest banks in Canada – BMO, CIBC, RBC, TD and Scotia, as well as National Bank.

The big five banks also expect another half-point rate rise at the June meeting, even though the wider poll expects the pace of rate rises to slow to quarter-point increments each month, taking rates to 2.00% by the end of 2022.

Interest rate futures pricing shows the overnight rate even higher, at 2.75% by end-year.

The shift in expectations for a larger move in April comes after BoC Deputy Governor Sharon Kozicki said late last month the bank was ready to act “forcefully” with rate hikes to return inflation to the bank’s target.

It also coincides with a move in expectations for half-point moves from its larger neighbour, the U.S. Federal Reserve. If realised, April’s move would be the BoC’s first 50 basis point hike since May 2000.


“Given that they (the BoC) are already well behind the curve on tightening and inflation is well above their 2% target, there’s really no reason for them to wait any longer and they really should be getting policy rates up to neutral as quickly as they can,” said Benjamin Reitzes, Canadian rates and macro strategist at BMO Capital Markets.

While inflation was expected to cool significantly next year it was still forecast to stay above the central bank’s target until at least 2024.

A regular survey by the BoC released on Monday showed a record number of Canadian businesses were facing capacity pressures amid intense labor shortages and supply chain difficulties.

The economy was expected to grow 4.3% this quarter, seasonally adjusted and annualized, lower than the 6.0% expected in January. It was then predicted to expand 3.5% and 3.1% in the following quarters, compared with 4.7% and 3.5%.

(Reporting and polling by Shrutee Sarkar; Editing by Ross Finley and David Holmes) 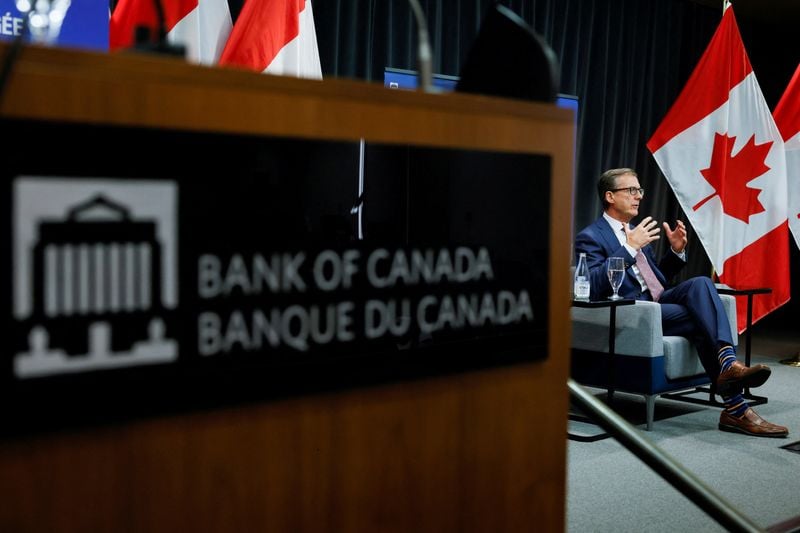