A crackdown on the media based on a sedition law that dates from the British colonial-era, as all as a China-imposed national security law has seen several major media outlets raided by police and closed down, including the Apple Daily newspaper and the Stand News online news portal.

Local police said in a statement that the national security department of the police force had arrested a 54 year-old male for “conspiracy to publish seditious publications” and had detained him for further investigation.

Local media indentified the man as Allan Au, a veteran journalist and academic at the Chinese University of Hong Kong who wrote columns for newspapers including Ming Pao and the now closed Apple Daily.

Reuters was not able to immediately reach Au for comment.

Sedition is not among the offences listed under a sweeping national security law imposed by Beijing in June 2020 that punishes terrorism, collusion with foreign forces, subversion and secession with possible life imprisonment.

But court judgments in recent months have enabled authorities to use powers conferred by the new legislation to deploy rarely used colonial era laws covering sedition.

When questioned about Au’s arrest, Hong Kong leader Carrie Lam told a news conference she would not comment on individual cases, but said press freedom was enshrined in the city’s mini-constitution, the Basic Law.

Au, who was known for his critical columns, is a former Knight Fellow at Stanford University.

“I once wondered whether I could keep writing till 2047, but it’s a delusion in the end,” Au wrote in one of his last published columns, referring to China’s constitutional promise under the Basic Law to keep Hong Kong’s freedoms and autonomy intact for 50 years until 2047.

Au’s arrest adds to the number of journalists targeted after the enactment of the security law. Two former senior editors of Stand News had also been charged in December with conspiring to publish and or reproduce seditious publications. 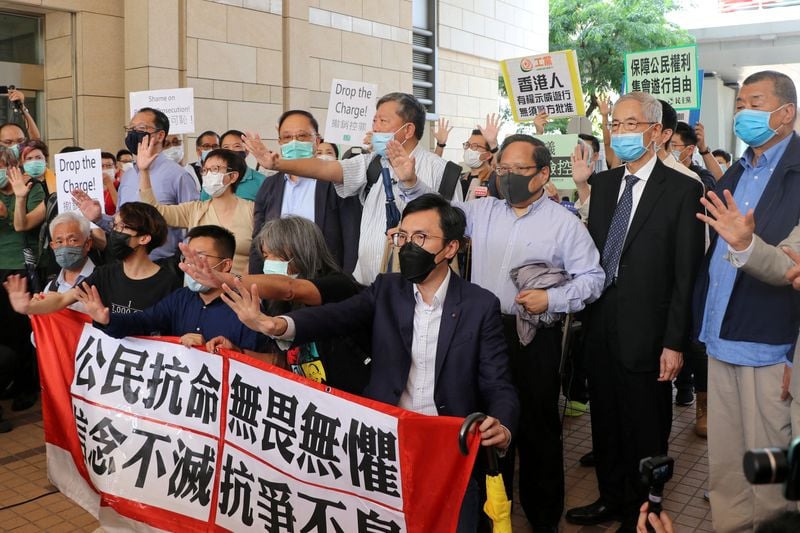