ROME (Reuters) – Italy plans to beef up its scrutiny of corporate takeovers with a new dedicated division at the cabinet office to oversee merger deals involving strategic companies, two sources close to the matter told Reuters.

Prime Minister Mario Draghi’s 14-month old government has used so-called “golden powers” to set conditions on scores of mergers and has blocked several attempts by China to extend its presence in the euro zone’s third-largest economy.

Now Draghi’s closes aides are working to create a new Directorate-General in his office to strengthen Rome’s capacity to police any changes to the ownership structure of strategic firms, the sources said, asking not to be named.

Among the tasks of the new bureau will be “strategic analysis of what is happening in relevant markets,” one of the sources said, adding that the restructuring will increase the staff dedicated to takeover issues.

As part of the drive to strengthen the golden powers, the government plans to finalise by the end of May new rules forcing companies that own sensitive assets to inform it of preliminary discussions with potential suitors, the second source said.

If already in place, such a rule would have allowed the government to have a direct say over KKR’s failed takeover approach for Telecom Italia.

The government also permanently extended the special powers to cover banks and insurance companies as well as proposed takeovers of Italian companies by other EU firms.


Until former European Central Bank chief Draghi took office in Italy in February 2021, the golden power veto had been used just twice in a decade to curb foreign forays in Italy. Draghi used it four more times in just over a year, heading off as many Chinese bids.

However, Draghi’s approach has triggered legal challenges from both foreign predators and their Italian prey.

The notification requirements have also increased red tape for firms, which in order to avoid the risk of infractions and fines are informing the government of any mergers and deals even when it would not be necessary. 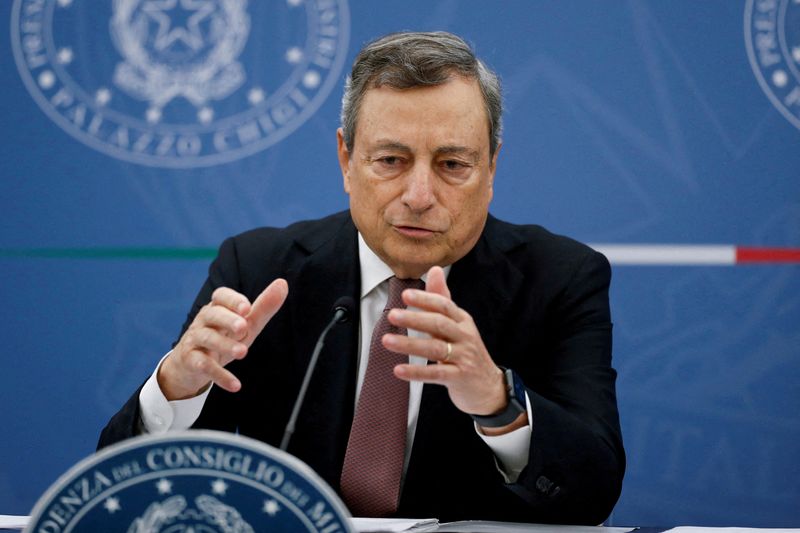