SEOUL -The USS Abraham Lincoln strike group is operating in waters off the Korean peninsula, the U.S. Navy said on Tuesday, amid tensions over North Korea’s missile launches and concerns that it could soon resume testing nuclear weapons.

“The Abraham Lincoln Carrier Strike Group is conducting bilateral operations with the Japan Maritime Self-Defense Force in the Sea of Japan,” Commander Hayley Sims, a spokesperson for the Japan-based U.S. Seventh Fleet, said in a statement.

This is the first time since 2017 that a carrier group has deployed to the waters between South Korea and Japan, and comes as U.S. officials are increasingly concerned that North Korea could carry out an underground nuclear test in the coming days.

Sims said the carrier was conducting “routine bilateral operations” to reassure our allies and partners of the U.S. commitment to maintaining a free and open Indo-Pacific.

“Our training enhances the credibility of conventional deterrence by demonstrating the strength of our bilateral partnerships,” she added.

On March 15 the USS Abraham Lincoln led military exercises in the Yellow Sea, launching its F-35 stealth fighters and other jets in what the U.S. military said was a demonstration in response to the increased pace and scale of North Korea’s ballistic missile launches.

Last month North Korea conducted a full test of an intercontinental ballistic missile (ICBM) for the first time since 2017.

During the last major flurry of ICBM and nuclear tests in 2017 the USS Ronald Reagan, Theodore Roosevelt and Nimitz, and their multi-ship strike groups, deployed to the Sea of Japan, also known in Korea as the East Sea, in a show of force.

Advisers to South Korea’s president-elect sought redeployment of U.S. strategic assets, such as aircraft carriers, nuclear bombers and submarines, to the Korean peninsula during talks held on a visit to Washington last week.

South Korea’s defence ministry said it was aware that the carrier group was in international waters but declined to comment further.

North Korea has previously criticised U.S. military drills as a rehearsal for war, and said they increase tensions.

(Reporting by Josh Smith in Seoul; Additional reporting by Idrees Ali in Washington; Editing by Kenneth Maxwell and Alex Richardson) 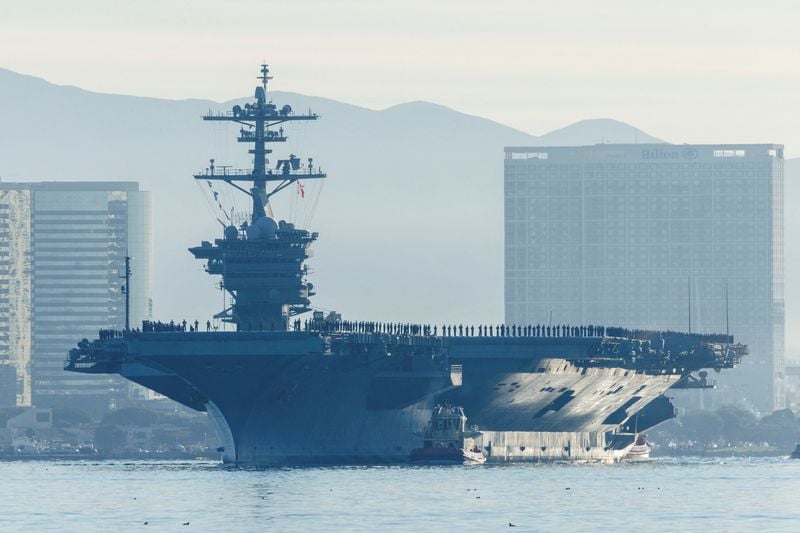 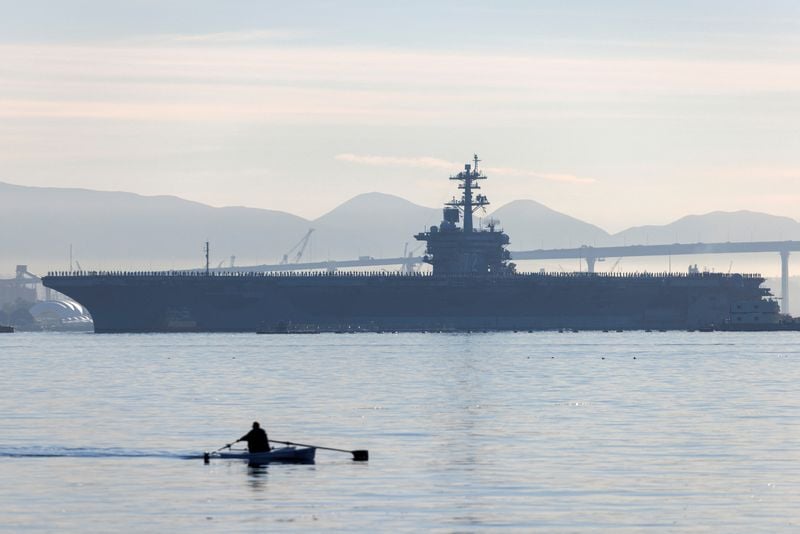