SHANGHAI/BEIJING (Reuters) – China’s central bank is set to step up monetary easing efforts, but a vast majority of market participants in a Reuters poll conducted on Thursday believe the central bank may opt not to cut borrowing costs on its medium-term policy loans this week.

Instead, markets increasingly expect an imminent reduction in the amount of cash banks must set aside as reserves, after the State Council, or cabinet, called on Wednesday for the timely use of such monetary tools.

Activity in the world’s second-largest economy has slowed since early 2021 as traditional growth engines such as real estate and consumption faltered. More recently, widespread disruptions from COVID-19 outbreaks and tough lockdowns have tilted the odds towards a recession, a few economists say.

Still, 31 out of the 45 traders and analysts, or nearly 70% of all participants polled, forecast no change in the interest rate on one-year medium-term lending facility (MLF) when the central bank is set to renew 150 billion yuan ($23.57 billion) worth of such loans on Friday.

Among the other 14 respondents, eight predicted a marginal 5 basis points (bps) cut, while the remaining six believed a 10 bps reduction would be more likely.

“Citi economists’ base case is a 50 bps broad-based reserve requirement ratio (RRR) cut to be confirmed as early as April 15, releasing more than 1.2 trillion yuan of liquidity,” the American investment bank said in a note, adding such a cut could reduce the chance of an imminent MLF rate reduction.

Some investors also argued that more aggressive monetary easing in China, such as lowering both RRR and key policy rates, would further diverge its policy stance with other major economies, which have started tightening, and potentially trigger more capital outflows. The yield premium between the China and the United States was wiped out this week.

Lockdowns in the financial hub of Shanghai and dozens of other cities to curb the fast spread of COVID-19 have roiled markets and prompted concern over wider disruptions to economic activity, leaving policymakers with no choice but to offer more stimulus to ensure the economy is on course to hit this year’s growth target of around 5.5%.


However, some economists say any credit loosening may not be enough to quickly reverse a deep economic downtrend, as businesses and consumers are in no mood to borrow money given the uncertain outlook. 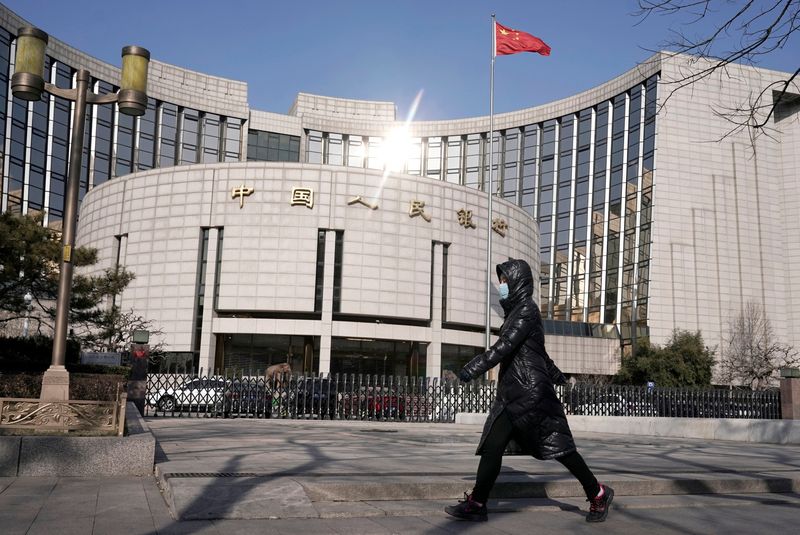